NEW Top Gear presenter Chris Evans is trying to decide which of his sycophantic pals will join him as co-presenters.

The retro 90s star faces the mammoth task of assessing thousands of gits and arseholes before deciding on the two who will display him to best advantage.

Evans said: “It was easy for Clarkson, because he’s only ever had two friends, although Hammond is more of a pet.

“But, as a famous fuckstick of more than 20 years standing, I’m literally knee-deep in bootlickers desperate to claim the humiliating position of my sidekick.

More than 6,000 of Evans’s contacts who are good at driving, funny, attractive or capable of having conversations with women have already been ruled out, leaving roughly 8,000 names to check.

He added: “It needs to be someone who’ll accept being unimaginatively demeaned and degraded by a sneering egomaniac week after week for even the most glancing acquaintance with fame.

“So it’s basically Geri Haliwell and one other.” 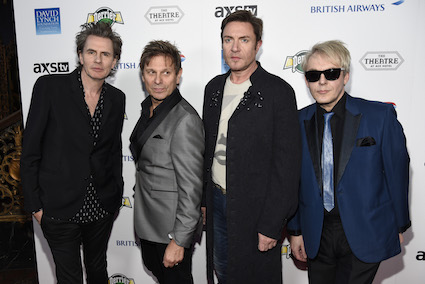 DURAN Duran have described their horror at realising they forgot to disband 20 years ago.

The group became aware of their forthcoming world tour after seeing it advertised online, prompting a desperate attempt to remember any of their songs.

Bassist John Taylor said: “I was so sure we’d split up some time in the 1990s. I guess it was a bit like forgetting to call the electricity company when you move out of a house.

“There was this sinking realisation that we’d have to go to a provincial arena on a Monday night in November to play Hungry Like the Wolf to some very strange people.

“I think I can still remember Rio, but after that it gets a bit hazy. Maybe we could play that 25 times?”

Tour promoter Julian Cook admitted: “A significant proportion of the band’s fan base have now reached an age where they aren’t as mobile as they used to be while others seem to have mixed them up with Spandau Ballet or a type of pungent fruit.”