SINGER Chris Rea has set off on the drive back to his house for the festive season, it has been confirmed.

The veteran rock star made his announcement over the PA system in the Queensgate, Doncaster branch of Iceland, telling customers that after some initial hold-ups he had enjoyed a good run with the traffic lights and was now on the motorway making steady progress.

Customer Tom Booker said: “I know he is a keen motorist, but I am surprised he has chosen to take the car given the volume of traffic at this time of year and the fantastic deals available on the rail network if you pre-book.”

Mother-of-two Janet Fisher said: “His family lives in Berkshire. Assuming an average of 500 miles per day with rest stops, I guess he must be driving home for Christmas from somewhere in New Zealand.

“In that case, by the time he gets back he will be exhausted. I don’t mean to be disrespectful, but if he is really so eager to see those faces, he’d surely have been better off flying.”

She added: “It could be that he has a load of food-oriented gifts for his relations and is concerned about airport security confiscating pork and dairy products.

“That happened to me one time coming back from Rimini.” 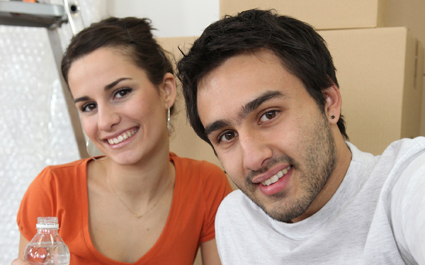 FIRST-TIME buyers have welcomed stamp duty cuts that will help launch them on a spiritually barren path of buying incrementally larger houses.

28-year-old Tom Logan and his fiance Emma Bradford can now barely afford to buy their first house, which they will immediately decide is not big enough.

Emma Bradford said: “The main thing is having somewhere slightly bigger and nicer than our core peer group. But of course they keep upgrading so you are never secure.

“If only they would all just die.”

Logan said: “The property market is crazy. God knows what it’ll be like when our kids grow up.

“Really expensive, I hope, because by then I’ll be rich and able to buy them a house while telling everyone in the pub about my generosity in a fake ‘what a nightmare’ kind of way.”