PROFESSOR Chris Whitty has discovered an even more dickheaded Covidiot variant while walking through a London park, he has confirmed.

The chief medical officer chanced upon what he has termed the Bellend Variant while innocently strolling through St James’s Park on Sunday, and even managed to capture the cases on video.

Whitty said: “Stupidity naturally mutates over time and exposure to fact-resistant wankers. Covidiots are no exception, and anti-vax protests and GB news are the perfect environment for more virulent versions of Covidiot to thrive. Just look at Piers Corbyn.

“Symptoms of this new strain appear to include breaching the most basic of social distancing measures, trying to wrestle you into a headlock, and grinning like an utter f**king moron while filming yourself.

“There’s currently no known vaccine for this level of idiocy. Information fails to penetrate the frontal lobes so my slides do nothing to them. It’s a deadly combination of dumb and dangerous.”

He added: “Unless we suppress this early, we risk it becoming the dominant form of Covidiot. So if you see them f**k the twats up for me, while wearing the appropriate PPE.” 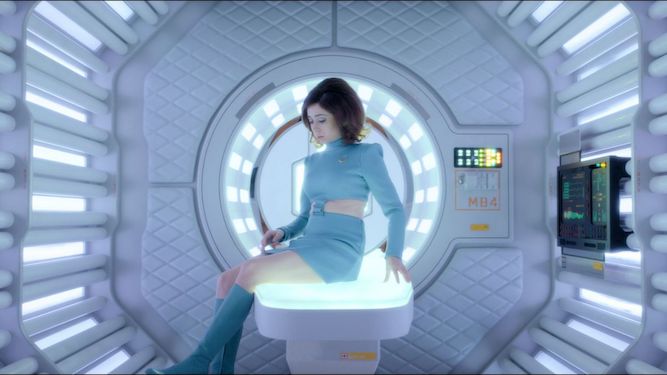 WOAH, what just happened? No, seriously what happened, because there’s dramatic music but you have no clue. These twists sent you straight to your phone to find out:

Wait, who? And what crime were they even investigating at this point? A whole nation said ‘uh?’ to the revelation of who the final bent copper was, assuming he was H then Googling to find out there was no H, or they were all H, or whatever as you tried to figure out if you’d ever seen him before.

You mean, that guy was a robot this whole time? But you thought he was a robot already. Or that he was dead. Or a flashback. Or a robot, and dead, in a flashback. And Wikipedia doesn’t help because it assumes you can be arsed to read the whole thing when the robots are shooting again.

Did that last shot hint at the return of Blue Beetle? And that he has finally been united with his predecessor’s mystical scarab? Spend an hour picking through some internet forum to catch up on the original 1964 comic and eventually you might say, ‘Oh. Okay then’.

It’s hard to upend everything the viewer knows when they don’t have a f**king scooby. Viewers trying to piece together a narrative were baffled when a black-and-white episode featured atomic bomb tests and a frog crawls into a woman’s mouth. You’ll get it if you watch a two-hour explanation on YouTube.

Okay, you think you get the twist that these characters think they command technology but it commands them, and the message is that we no longer have independent thought and rely on a digital collective consciousness for everything. Better Google it just to make sure.