MAIL Online is celebrating a victory against Google which leaves it the number one internet resource for underage images.

The website, famous for its catchphrase “looking older than her years”, has succeeded in a campaign to stop the search engine encroaching on its territory.

Inappropriate content editor Joanna Kramer said: With the success of this campaign, the Mail remains the worlds pre-eminent provider of teen imagery accompanied by captions written in the hot-breathed tone of your weird uncle.

Just as its wonderful to watch children ripen into adulthood, you can follow the tone of our stories moving from indulgent, to mock-stern, to a creepy pretence of concern, to openly leering to pruriently disgusted, with all the photos every time.

“Yes, from now on if you want to see celebrity daughters ‘looking just like their glamorous mother’ in evening wear or ‘cooling off beside the pool’ in bikinis, youll visit us. You havent heard of 15-year-old Kylie Jenner? Oh, you will.

And once a month well have exposés of the sexy clothes being pushed on our innocent children by high street stores, which always gets our readership herd braying and bleating.”

Mail reader Stephen Malley said: I tend to skip past all that stuff. I read it for articles about toffs who’ve ended up living in council houses, Britain’s spiralling immigration problem and the Sudoku. 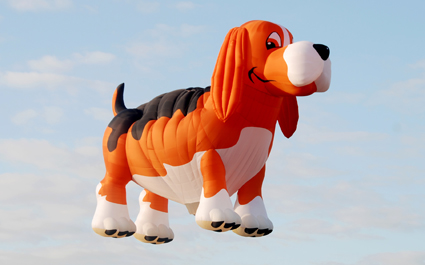 MILLIONAIRE Paul Sykes has followed up his pledge to fund UKIP with more outlandish and pointless spending.

Sykes, worth an estimated £650m, felt the purchase of a football-pitch-sized latex canine was necessary to protect the country from the anticipated harsh winter.

He said: Chesney the dog will ward off the snow clouds full of foreign precipitation that threaten to engulf us, as long as I direct him with this twig I just bought for £3m.

This 8,000-ton fabricated puppy is the last best hope for Britain and all I ask is that people refrain from shooting him with air rifles.

The nations bees have also been hired by Sykes to protect its borders from EU invaders disguised as seagulls at a cost of £5 per hour per bee, paid to a beekeeper he met in his local pub.

He acknowledged: Any bee dying to protect his homeland will be buried in my back garden with full military honours.