‘Selfie’ is piece-of-shit society’s Word of the Year

A WORD for a photograph of yourself by yourself is the Word of the Year for a society that no longer cares about words.

The Oxford English Dictionary, the terminally jaded guardian of the English language, announced that out of all the words used over the last 12 months, selfie is the one that really sums everything up.

A spokesman said: It would have been nice if the Word of the Year was boson or wherewithal or Lepidoptera.

It might even have been vaguely acceptable if the word for a smartphone self-portrait was something like selfication or autoscape.

Anyway, next year were not even going to try. So the Word of the Year will be whatever your name is. Because thats all that really matters, isnt it?

The spokesman added: Its not our job to make you better people. Weve got lives.

Professor Henry Brubaker, of the Institute for Studies, said: Im so pleased that the Word of the Year symbolises our ever increasing distance from things that are not pictures.

Next years Word of the Year should really be a video of an amusing baby.

Age of consent to have upper limit 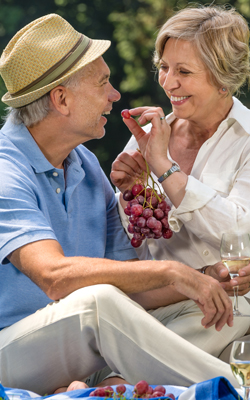 SEX with people older than 61 is to be made illegal in the UK.

“Old age is supposed to be relaxing, you’ve accepted that your genitals have shrivelled to insignificance and can just grow potatoes and obsess about the parking space outside your house.”

She added: “Sex is supposed to be beautiful and natural – but there’s nothing natural about two naked people who watched Doctor Kildare first time around writhing in a horizontal dance of death.”

Nathan Muir, a nursing home manager commented: “I’m exhausted from having to remove residents from the wrong rooms after lights out.

“If you have a bath with a special cut out-door and a collection of china animals, you should not be doing it – ever.

“I’ve been wondering whether I’d get a raging, out of control libido too if I wore slippers everywhere and ate my dinner at 5pm.”

Denys Finch Hatton, 72, said: “This is actually a huge relief. Finally I can stop munching loads of Viagra and just sit in a chair watching war films until I die.”