ACTOR Daniel Craig has discovered that playing James Bond is better than almost every other job.

After claiming he would rather slash his wrists than continue pretending to be a debonair super-spy, Craig visited his nearest Jobcentre Plus to explore alternative careers.

He said: “It took me ages to get the touch-screen computers on the ‘Jobpoint terminals’ working because they were quite dirty.

“There was a lorry driving job that looked okay, but it was weird hours, I don’t have a HGV license and the salary was far less than my usual £10.7 million.

“I did see something doing soldering in a factory, it was only £8 an hour but probably my agent could negotiate £11,000 per hour plus a percentage of total factory revenue.

“But when I rang up and said my previous experience was mainly making cars jump over trains and having showers with sexy women they put the phone down.

“There were jobs going at McDonald’s, but I reckon if Monica Bellucci came in and I had the uniform on she wouldn’t fancy me any more.

“Although I suppose I could give her free chips which might impress her.”

We are bigoted and intolerant too, say young voters 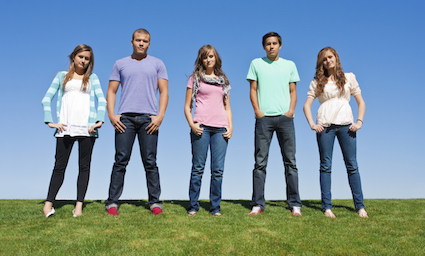 YOUNG voters are angry about being stereotyped as tolerant and liberal, it has emerged.

After concerns were raised about them not voting in the EU referendum, young people said it was patronising to assume they were not bigoted xenophobes.

“I hate the Germans, gays, Muslims, ‘socialists’ and Greenpeace. You’d think you were talking to some monstrous hybrid of Clarkson, Littlejohn and Farage if I wasn’t a gangly 19-year-old with spots.

“Stereotyping young people as left wing is as bad as racism. Which is ironic because I’m actually quite racist as well.”

Receptionist Nikki Hollis said: “Lots of us have got half-baked right-wing views about everyone needing to be self-reliant and it’s your own fault if you starve.

“Also, they think we’re all into green issues, but I don’t see why I have to work hard and pay tax when zoo animals are getting free food and accommodation.”