A MAN has ruined a lovely weekend with his girlfriend after answering a question truthfully.

Martin Bishop, 32, and Eleanor Shaw, 31, had stopped for a rest while out for a countrsyide walk, when Shaw suddenly asked Bishop what he was ‘thinking’.

Bishop said: “I was thinking what most men would in that situation – ‘I could survive out here on my own, no problem at all. Bear Grylls is a total fraud’.

“She looked at me as if I’d asked if I could film her having a pee. For someone who’s always said she values honesty, she seemed upset that I didn’t spin a load of drivel at that particular moment.”

Shaw, 31, said: “I was hoping for maybe ‘this would a great place to bring kids’ or something else from the List of Approved Sentimental Horseshit.

“I assumed he knew the rules.”

Shaw said the relationship was now at ‘Year Zero’ and that Bishop’s re-education would be ‘traumatic’. 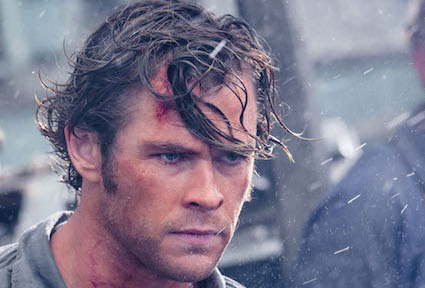 NEW film Suffragette, about women’s struggle for the vote, is set for box office glory after inventing a male hero who led the movement to victory.

Ben Pankhurst, played by Chris Hemsworth, is an American soldier who after seeing his British fiancée die from not having the vote wins the battle for women’s suffrage in a series of moving speeches and fast-paced action sequences.

Screenwriter Susan Traherne said: “In early drafts, producers complained that we didn’t have a focal character for audiences to identify with.

“Ben is an amalgam of lots of different historical figures pulled together into one shirtless man who soon has the women of Britain slavishly following him in their fight to be enfranchised.

“There’s a wonderful  scene where he leaps astride the King’s runaway horse at the Derby, saving his beautiful sisters from being trampled and winning the race while unfurling a VOTES FOR WOMEN banner.”

Nathan Muir of Southampton said: “I wasn’t interested, then I saw this clip when he pulls out a force-feeding tube and stuffs it in his jailer’s mouth before a daring prison escape by parachute.