We feel just awful for you, England tells Scotland

ENGLAND has confessed to feeling just torn apart by Scotland’s failure to qualify for Euro 2016.

The country has sent its unfortunate Northern neighbour a rose and a tin of Quality Street in commiseration.

England said: “Such a shame, especially when Ireland, Wales, and even Northern Ireland will all be there and you’re going to miss out.

“And after that referendum last year, and electing all those nationalist MPs and it not making a blind bit of difference, it’s just blow after blow isn’t it?

“Honestly, I’d come up and say these words in person but I don’t think I could look you in the eye right now.

“Listen, don’t drown all your disappointment in alcohol, will you? You know how you get.”

Scotland has so far refused to answer, and is staring hard at the floor while clenching its fists.

Both world wars could have been stopped if everyone had guns, says presidential candidate 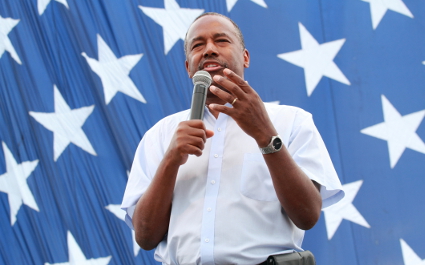 THE FIRST and second world wars would never have happened if both sides had been armed, according to Republican presidential candidate Ben Carson.

The former neurosurgeon also listed a number of other tragedies which could have been averted by a universally armed populace, including Chernobyl, the 1997 death of Princess Diana and the Great Flood.

Carson continued: “Whether it’s the Holocaust or a stubbed toe, bad things don’t happen to good people with guns.

“Cut up in traffic? Passed over for promotion at work? Disappointed that Fleetwood Mac’s Tusk still isn’t universally recognised as a classic? A gun will solve all of these problems and more.”

Carson, who is currently in second place behind Donald Trump but plans “to correct that error with my old pal, Mr .45”, has been throwing handfuls of guns to delighted crowds at campaign events.

But rival Republican Jeb Bush said: “In his praise of guns, Dr Carson is neglecting the crucial role played by bullets.

“That is discrimination, pure and simple.”