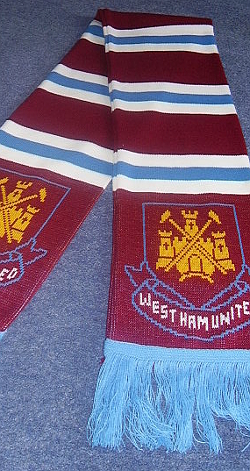 SEBASTIAN Coe has revealed he was once a leading member of West Ham’s notorious Inter City Firm.

As he backed the club’s bid for the Olympic Stadium, the Tory peer, sporting a tattoo of Bobby Moore headbutting a policeman, warned that Tottenham Hotspur’s rival bid would be rigorously opposed on a patch of wasteground.

He then led the delegates in a 20-minute rendition of I’m Forever Blowing Bubbles littered with a variety of obscene hand gestures and the word ‘cahnt’.

Lord Coe said: “One must consider the sporting legacy the games shall leave for future generations, as well as how them north London slags will eat their dinner with no fucking teeth.”

The former middle distance runner, interviewed in The Sock & Snooker Ball on the Barking Road, also revealed that his famous rivalry with Steve Ovett stemmed from the fact that Ovett was a Milwall fan.

He said: “There were many times in ’79 when I came second to Steve as I didn’t want him thinking I was running away from him.

“I remember one meet at Crystal Palace where I chased him out of the stadium with Tessa Sanderson’s javelin for giving it large about Billy Bonds.”

Lord Coe stressed that when the decision is made later this week he and two dozen friends will be standing outside wearing strangely bulky-looking jackets.

Cambridge-educated Daniel Levy, chairman of Tottenham Hostpur, said: “Lord Coe’s behaviour in this affair has been absolutely unacceptable as he will undoubtedly get the filth sniffing around before things can get proper handy.

“All I would say is me and him, no tools, winner takes the stadium – if he’s got the fucking stones.”