Eoghan's Scrotum As Bald As A Coot, Says Diana

X-FACTOR sweetheart Diana Vickers last night said she loved fellow contestant Eoghan Quigg but had not had sex with him yet because he's only five.

Vickers, who hopes to win an Oscar quite soon, said the Irish child star had been very easy to babysit for, even though he did keep grabbing her breasts.

She told Shit magazine: "I love him to bits. He's so round and bouncy. And I can't understand a word he says, which helps a lot."

But Vickers dismissed suggestions that she and Quigg had consummated their relationship, adding: "What the fucking hell are you talking about, you pervert?

"He's two foot six, he still eats mashed food and he spends most of his day rubbing jam on his face and banging pots with a big wooden spoon.

"He is very open about his feelings though. Last week he came up to me, pulled down his trousers and pants and started tugging on his little willy. His scrotum reminded me of Yul Brynner.

"It's really just his way of saying 'hello, pay attention to me'. It's adorable."

But Vickers admitted she and Quigg would become lovers eventually, adding: "The magazine editors have explained how it all works and have promised to make sure I am famous forever.

"Plus, they have my spaniel." 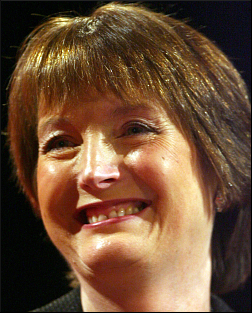