PEPPA Pig’s voice actor has been replaced by an unknown, to the outrage of the great British stage actors who auditioned and failed. Here they are:

Renowned as one of the greats even though he’s known solely for playing Jean-Luc Picard in Star Trek and didn’t even do a French accent for that, Stewart was desperate for the role and would have claimed it was ‘for his grandchildren’.

An actress whose career choices are even more mercenary than Sir Michael Caine’s, Dench intended to refer to Peppa as ‘porcine royalty’ and to take it all very seriously while demanding none of the other voice actors make eye contact.

Famous for heavyweight roles like King Lear, Gandalf and Magneto, McKellen thought he had ‘the Swine’ in the bag after intoning ‘You shall not pass’ at Madame Gazelle. Planned to call it ‘tremendous fun’ on chat shows while trousering £1.2m per episode.

Could bring a staunch Britishness to the part like no other, as she did to Downton Abbey, but would be unable to hide her clear contempt for the scripts and especially Pedro Pony. Child viewers would feel belittled.

Would throw herself embarrassingly into the role, insisting on performing her own snorts, having thoroughly disabused herself of the notion anything was beneath her after Last Christmas. Fired after six episodes because kids hate her even more than adults do.

Woman gains superpower of invisibility by going out without make-up 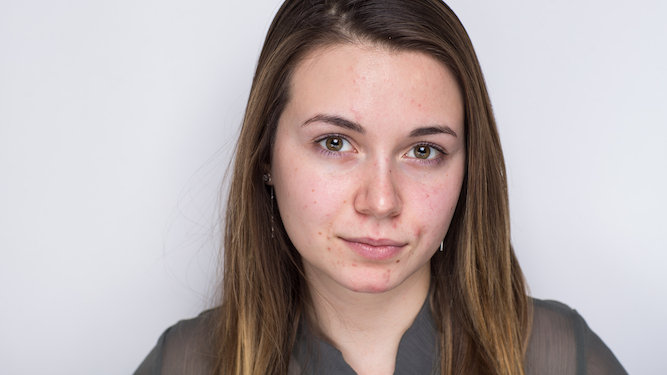 A WOMAN has gained the incredible superpower of invisibility by going out with her hair scraped back and without any make-up.

Nikki Hollis, aged 32, discovered her amazing ability when she hugely overslept and was forced to go to work fresh-faced, whereupon she was ignored by everybody.

“That bloke who eyes me up on the bus? Stared straight through. The creepy post guy who’s been making clicks and whistles at me every day for three years? Silent.

“I glided through crowds without being noticed by anyone, like I was in The Matrix or something. Even women didn’t spare me so much as a glance.

“I feel like I’ve hacked life, even though it did take me 15 minutes to get served in the hipster coffee place.”

Hollis is now considering getting a bit fat to see if she can fully achieve anonymity in the eyes of society.