FROGMORE Cottage has been listed on holiday rental service AirBNB, it has emerged.

The five-bedroom cottage on the Windsor estate is listed as ‘steeped in Royal history’, ‘handy for Heathrow’ and ‘ideal for family holidays or weekend get-togethers’ by the hosts.

A spokesman said: “The hosts have remained anonymous, but live in the Santa Barbara area of California and have confirmed they are free to do whatever they want with the property since they paid for it.

“They were particularly keen for the property to be available to tourists of non-white origin so they could ‘see how the old bastards like that’.

“It’s already fully booked into next year and they’re hoping to recoup the cash they’ve spent on renovations within a year, after which they’re considering turning it into a benefit hostel.”

19-year-old Oliver O’Connor of Basildon said: “We’ve got it for next weekend. There’s about 60 of us coming loaded up with booze, weed and nitrous oxide whippets.

“Place is gonna get wrecked. Didn’t want the feds to be able to trace us, so I booked under the name ‘Wills & Kate’.”

Why men and women can never be just friends, by a man who last had sex in 1997 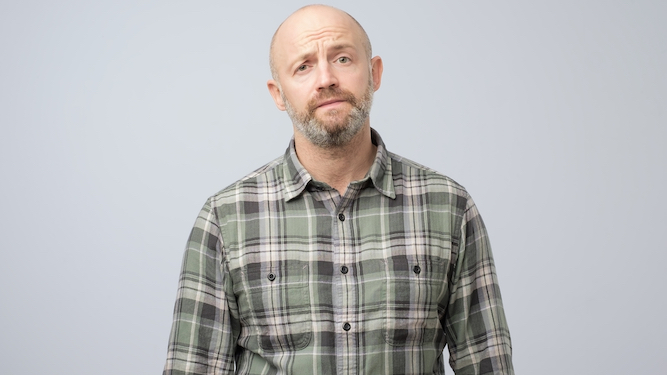 TAKE it from me, a man who hasn’t got laid this millennium, it’s scientifically impossible for men and women to have platonic friendships and not have sex.

Younger generations with their progressive values might try to argue otherwise, but in my view if men and women exchange so much as courteous pleasantries then they’ve booked themselves a one-way ticket to Shagtown.

Take my last girlfriend. She mentioned this fella she knew at work. I knew what was up and angrily accused her of knocking boots with him. She denied it. I kicked her out of the house. Next thing you know, she’s living with him. Point proved.

Or there was this woman I met at the leisure centre. Bit of chit-chat, the weather, that kind of thing, I could see where this was going, wasn’t getting stuck in the friend zone, invited her to mine for sex. She said no, we haven’t spoken since. What would be the point?

And I barely knew the last woman I made the beast with two backs with. All I did was say hello to her on a street corner as I furtively pressed some tenners into her hand and we were away. Because male-female friendship is a myth.

I haven’t had any female friends for years. Women know to keep a distance from my raw animal magnetism. They know if they come to close to the Steel Machine, they’re getting hit on.

So take it from me, there’s no such thing as inter-gender friendship. If a man so much as talks to a woman, they’re doing it. Backstreet Boys were number one last time I did it. I really miss it.