The actress and domestic goddess believes crack has four times the slimming benefits of kale juice or coconut water.

She said: “When I’m smoking crack it’s amazing how good I feel.

“The sense of well-being just floods through every atom of my being in a warm, tingly rush of pure health.

“I’m literally obsessed with it. Chris comes home from the studio and he’s like, ‘Gwyneth are you on the pipe again? Where are the kids? Why is the door all smashed in?

“Whatever, he think’s it’s funny really.”

She said: “There’s no special trick to it, you don’t have to be a professional.

“But if it fucks up I have this guy’s number, you leave him a voicemail and he’ll come over within an hour.”

New BBC boss 'wrote in with a programme idea' 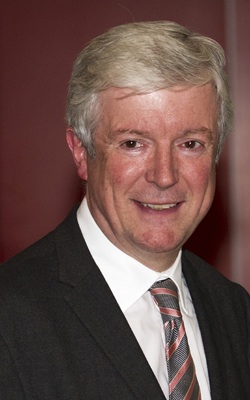 THE new BBC director general Tony Hall was a member of the public who wrote in with a cookery show idea.

Hall, who was working in the office of a company making garage doors, sent a letter simply addressed ‘to the BBC’ pitching a series called Tasty Truckers.

It read: “Dear The BBC, how about a cookery show where the kitchen is the cab of a big lorry. Not a Stobart one cos they’re on ITV obviously, but perhaps a large blue lorry belonging to an unspecified haulage company.

“It could be with James Martin, Buster Bloodvessel from Bad Manners and I’ve always thought Sarah Brightman would be good in that sort of thing.

Hall said he was ‘overjoyed’ when the corporation responded offering him the director generalship.

“Not only will Tasty Truckers become a reality, I have a big office and can take coffee breaks as and when I please.

“I’m going to bring back Brush Strokes, it was good that. Yes, the one with Jacko in it.”

A BBC spokesman said: “We’re delighted to have Tony take the reins, he seems like a really nice bloke.

“I’ll be honest, they weren’t exactly queueing up. The next shit-storm’s going to be the family of albino cannibals living in the basement of Broadcasting House.”