PRINCE Harry and fianceé Meghan Markle’s first royal engagement has ended early after he accidentally killed a member of the cheering crowd.

The much-anticipated walkabout in Nottingham was going well until Harry, seemingly accidentally, took the hand of a delighted pensioner and, instead of a traditional handshake, dislocated her arm while headbutting her in the face.

The horrified prince then vaulted the barrier to help but accidentally leapt on top of the Union Jack-waving octagenarian, before planting his foot firmly on her fragile neck.

Onlooker Susan Traherne said: “I can only assume Harry’s military training kicked in unexpectedly, causing him to use lethal force rather than just meet-and-greet, but he was very polite and apologetic so I hope the press don’t make too much of a fuss about it.

“And people say it’s an easy job. Evidently not!”

Retired headmistress Margaret Gerving said: “It was marvellous, just marvellous. Such an occasion.”

Britain basically knocks off for Christmas 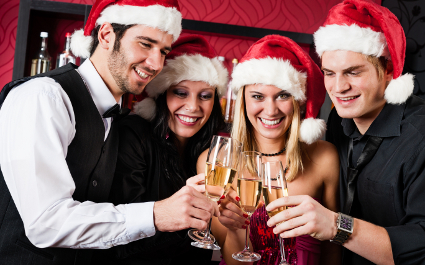 BRITAIN has confirmed it is knocking off because it is now Christmas.

Businesses have been brought to a standstill as staff abandon all pretence of work to focus on dicking about even more than usual.

Between work Christmas parties, putting tinsel around monitors and online shopping, it is estimated that the average employee works for no more than 12 minutes in the whole of December.

Economist Bill McKay said: “It is essentially an alcohol-induced shutdown.

“Any attempt to work in December should be seen as actively destructive.”