Harry asked Sports Personality winners if they had any weed

PRINCE Harry asked every winner at the Sports Personality of the Year awards if they were holding marijuana.

Sources revealed that as the Prince shook hands with each of last night’s award winners he leaned-in and said: “Hi, I don’t suppose you brought any weed?”

He then told each of them to ‘keep smiling and nodding and pretend I just congratulated you’.

In his bid to solicit the drug the Prince was forced to deploy a wide range of terms including ‘Astro Turf’, ‘Juan Valdez’ and ‘Righteous Bush’.

A source said: “None of them had any. The Prince was very disappointed and threatened to ban women’s rugby.

“But he cheered up when he realised he was in Glasgow and that it would be like buying a bag of crisps.” 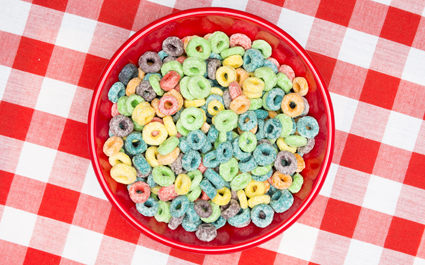 A CAFE specialising in cereal is the sort of maddening hipster idiocy you would be up to if they hadn’t come up with it first.

The opening of a London establishment serving bowls of obscure American cereal has provoked anger and sadness from people trapped in office jobs.

“Why do they have to keep fetishising things in a potentially lucrative way that pre-empts any similar ideas I may have had?

“Somewhere on a bit of A4 office paper I had scribbled the business name ‘Aurora Cerealis’ but of course I never did anything about it and now I will die in this cubicle without ever being featured in a magazine.”