NOVELIST Hilary Mantel has confessed to the murder of Margaret Thatcher.

The book contains a rifle that screws together

The writer admitted her short story The Assassination of Margaret Thatcher was inspired by actually carrying it out.

Mantel said: They covered it up at the time because they didnt want everyone knowing the security services had been outwitted by a middle-aged woman with eccentric hair.

I bought a big gun from the classified section of Mercenary Quarterly, rented a flat opposite the hospital then sat munching on Ginsters pasties until the Marge Simpson-esque silhouette of Thatchers head appeared in the window.

Mantel said she had since done a number of contract killings under the codename The Pine Marten.

Ive actually lost count of how many, after youve popped a few its just like having a cup of tea.

She added: I dont really care if they bang me up, at least in prison I could crack on with some books without getting harangued by infant-brained Daily Mail readers who need every last apostrophe explained to them.

Also I would totally run things in prison, because I am hardcore. Everyone would call me ‘Duchess’ and appease me with cigarettes.”

Scotland to be covered in tinfoil 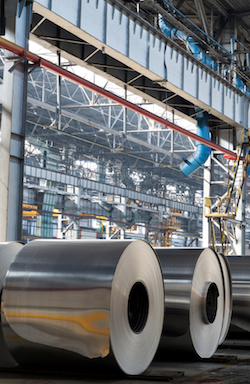 SCOTLAND is to be covered by a massive tinfoil tent because of the mind reading space lasers.

As Lenin once said: “Who benefits?”

The Scottish government has ordered 32,000 square miles of foil, six million rolls of gaffer tape and 800,000 wooden poles on which the foil will sit, allowing normal life to continue underneath.

A spokesman said: As of this morning 90,000 brave Scots had signed an online petition claiming the referendum was rigged. It would have been more than four million, but everyone else is now too scared to use a computer.

Which would suggest that the 90,000 who did sign are actually working for MI5 and the petition is a UK government plot to make us look insane.

But then again, maybe Im being controlled from space by a brain laser.

We really need to get this tent up.

Meanwhile, the tiny country has sub-divided into yet more tribes, each labelling itself with a number representing a historic failure from Scottish history.

‘The 7 are the seven people who came up with the idea of sharing the pound.