YESTERDAY’S Academy Awards have forced us all to confront the ever-present risk that Will Smith could, from nowhere, slap you across the face. Here’s how to dodge it:

If there’s one thing Smith loves more than sudden, unexpected violence, it’s broadcasting it to a worldwide audience. So try to avoid stages, spotlights, cameras and anything else that might indicate you’re going out live to 200 countries. That’s a red rag to Will’s bull.

Read up on his family medical history

To avoid accidentally offending the Big Willie Style hitmaker, you’ll need an intimate knowledge of his family’s medical issues. Whether his wife’s alopecia, Jaden’s gut trouble or Willow’s anxiety attacks, jokes made in ignorance could see you whacked upside the head so read up now.

Smith turned down The Matrix to make this sci-fi Western in which he battled a giant robot spider, and he’s probably still pissed off. Even the theme tune wasn’t as good as Men In Black. Avoid negative references to it or he’ll leap from the shadows and slap shit out of you. Also avoid positive references which could only construed as sarcasm.

Sleep with his wife

Will Smith hates it when men badmouth his wife, but he has no issue with men having romantic and sexual entanglements with her. The solution is straightforward: get yourself into Will’s good books by shacking up with his old lady. The Independence Day star will find your cuckolding of him so endearing he’ll refrain from pummeling your cheeks with his palm.

Carry a mouse on your person at all times

Apparently Will has a phobia of mice, so keeping a mouse on you at all times is the perfect deterrent. If you’re out in the street and see Will Smith angrily swaggering towards you, simply pull the mouse from your pocket. His fight-or-flight reflex will force him to either flee or slap the mouse. Either way, use this time to hide behind a bin.

There comes a time in all of our lives when we have to accept that Will Smith will slap us in the face. But that doesn’t mean you can’t protect your delicate cheekbones. Do yourself a favour and shield your jaw from the unavoidable slapping it’s got coming from the former Fresh Prince.

The five worst social occasions to come out at 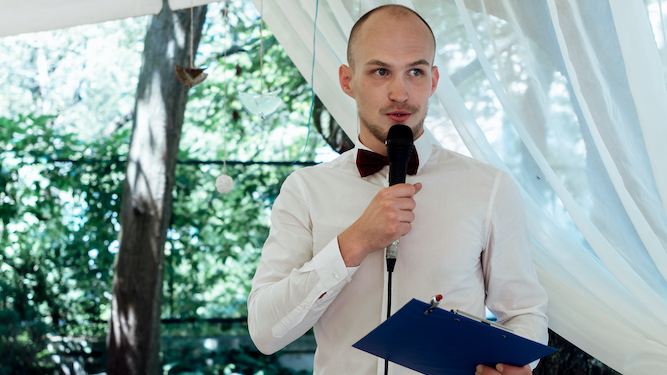 UNABLE to keep your sexuality a secret any longer? Try to avoid declaring unashamedly to the world who you really are at these:

Unlike weddings and funerals which have a point, everyone’s bored shitless at christenings. Consequently your bold leaving of the closet will go down great as family queue up to embrace the new you, apart from the parents of the child this event was meant to be about who are paying for your party. You’ll assume them homophobic when they’re just pissed off.

Your friends are relaxed and happy and you’re in a crowd of open-minded young people. Where could be better? Except the music’s very loud and everyone’s very, very on drugs and the whole coming out thing simply doesn’t stick and you have to do it again the next day, when everyone’s too hungover to proffer the appropriate joy.

University’s cost your parents a lot of money and they’re already wondering if it was worth it. Now you’re gay? Would this have happened if you’d stayed at home and done a modern apprenticeship like Susan’s eldest? How will this affect your career prospects? Exactly how much of your loans went on, as your dad sensitively puts it, ‘gay stuff’? Makes for an awkward congratulatory meal.

Seeking safety in numbers? Then take your friends to a gay club and, surrounded by fellow queers, announce that you’re gay. To the total lack of surprise of your friends who had, based on the environment, pretty much worked it out and the unspoken scorn of the other gays who came out properly. Then another friend’s emboldened to come out and you’re sharing the spotlight. Great.

A pub just before a key football game

The revelation that a friend or family member is gay may require, even for the most open-minded, a period of reflection. During the Man City-Liverpool title decider that’s impossible.  Have you always felt this way? Can De Bruyne beat the press? Are you in a relationship? Has van Dijk lost too much pace? Was that ‘oh f**king hell no’ a response to your news, or Salah getting a free kick on the edge of the box?