CAREER flagging? Why not get yourself in the headlines by being cancelled, like I did? Try these ways:

News presenter spending all day channelling righteous fury at anyone who ignores lockdown rules? Simply organise a party for yourself and ten friends, get caught, and you’re suspended from work for six months on full pay. Half a year’s holiday for being an arsehole? Nice one, Kay.

Say something vile on social media

A week ago you were an undistinguished actor. Now you’re on GMTV, Newsnight, LBC and The One Show, you’ve gained 440,000 Instagram followers in a week, and the Daily Mail loves you. Time to consolidate your audience by going in hard on another vulnerable group in society. Has anyone suggested compulsory euthanasia yet?

Your new fans love a fig-leaf of respectability to wave in everyone’s faces, so perform the traditional non-apology after getting three front pages for your over-80s extermination idea. “I’m sorry people took offence,” you announce, “and I was only trying to free society from its Covid shackles. Also, war veterans are exempt from my suicide booths so I really don’t see what I did wrong.”

You’ve got two routes out from your newfound notoriety: either the learning journey, where you sincerely regret your actions and get to front a BBC3 documentary about them, or carry on making vile remarks on social media to shock your increasingly jaded audience until you’re banned. I’m going the latter route obvs, but either way, what a ride. 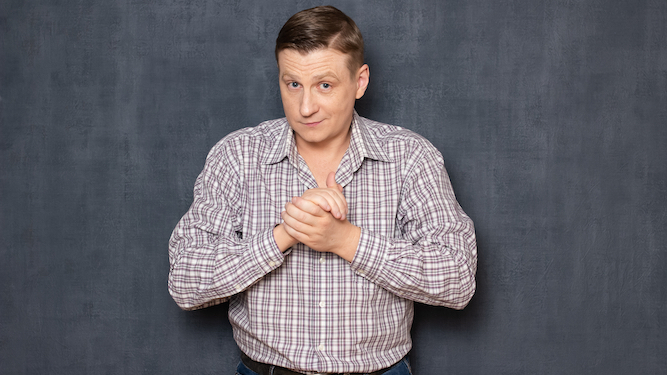 James Bates has not forgotten that he bought you a pint of IPA for £4.05 on Saturday March 7th last year, and is patiently waiting for that debt to be paid when pubs open their doors on April 12th.

He said: “Yeah, pretty convenient that you ducked out of our last session early just before a pandemic and lockdown began, wasn’t it? Almost like you knew.

“Then last summer you apparently couldn’t repay the favour because you were shielding a vulnerable relative which I think we both knew was an excuse.

“I bet you thought all this unprecedented times business, the biggest disruption to our lives we’ve ever known and all that, would make me forget something as trivial as a pint. Think again.

“I’ve been keeping a beady eye on the news, and it’s now a matter of months until you’re getting the beers in. The date’s circled on my calendar with a big red marker pen. And in the circle, I’ve written BEER.”

He added: “I’m looking at a pint on Google Images now. It’s going to taste sweet.”