How to give your child a f**king ridiculous name: a celebrity guide

CELEBRITY? Had a baby? Keen to make it an accessory to your glittering life, rather than allowing it an identity of its own? Follow our naming guide:

Can you make the child’s whole life a pun on your surname?

Obviously your baby’s existence is a footnote to your achievements, so a name like Thunder Bolt or North West draws attention to the surname you made famous and ensures they’ll spend their whole life in your shadow. Bonus points if you name a whole brood this way and give bullies a package deal.

Could you name it after the last thing you ate?

Nothing affirms your devotion to your new baby than naming it after a foodstuff: something that’s been slaughtered or harvested that you eat and shit out your rear end. That’s just how much you mean to me, Apple.

Do you want to lazily rip off another culture?

The greatest show of respect you can give to another culture is to mindlessly rip a piece of it out and give it to your toddler. Point at a name that you think looks pretty, like you’re a drunk tourist in a tattoo parlour, and brand a kid with it for life. Whether it’s Shiloh or Moroccan it’s your way of showing you’ve been abroad.

Do you believe in repurposing nouns?

As a celebrity, you’re focused on the environment. And it would be frankly wasteful to invent a proprietary name when there are so many perfectly good nouns going unused: Blue, Sonnet, Chicago, Lazer, Petal Blossom Rainbow. You’re just trying to set a good example.

Would you like to smash your head into your keyboard repeatedly?

Who needs a name that has any discernible meaning or can be pronounced by a human? Hand over the headache of naming your child to technology and produce an unintelligible string of letters, numbers and symbols. It’s fine, mum’s pretty and dad’s got $17 billion in Bitcoin.

Could you name your child after someone you admire?

Have a serious and meaningful conversation with your partner to draw up a list of inspirational people who you’d love your child to emulate. Nah, just joking, that bullshit’s for civilians. Go for Stormi, Reign, or Exton instead. 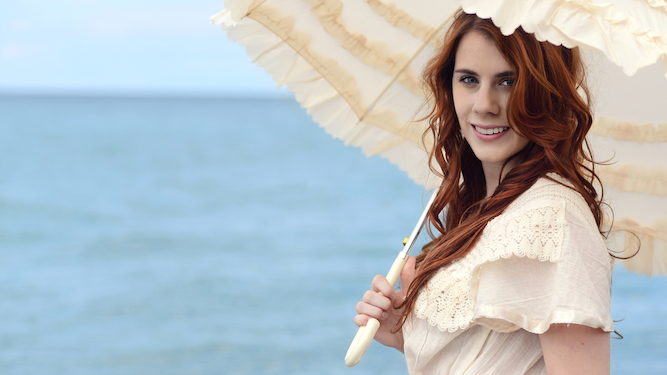 THIS year’s Love Island, as befits one of the most romantic stories ever told, is to have a tie-in novelisation by none other than Emily Brontë. Read the excerpts:

Arriving at the island, I feared I should never see Heathcliff again. He had departed for sea, or perhaps the Army. My heart was wrecked like my father’s ship on the rocks, but I then I ascertained there were some pretty buff guys I might wank off.

The climes are far more clement here than the bluffs and moors of Yorkshire, so I slipped into a bikini. A bequest from a maiden aunt before the voyage had seen a prudent investment in implants, making me 34EE.

The wit of the discourse at the poolside bar is effervescent. ‘Is Transformers a true story?’ asked Cheryline. ‘I believe it is a fiction like those of Edgar Allen Poe,’ I contended. And was well rewarded with a charming compliment from Brayden, who proffered ‘You is well fit, babe.’

After a childhood and marriage vexed and tempest-tossed, I have decided to make a gift of my heart to Brayden. Or is it Marco? Or Jaxyn? I fear I am having great difficulty telling them apart! Either ways, I boned one of them on top, so should not depart yet.

As the snake in Eden, in this very paradise there is a succubus straight from Hell itself: Anna. She has her eye well on my Brayden, as I lamented in the diary room while calling her a bitch. But my spirit burns too bright for this Love Island, and I keep my eye on the 50k.

Brayden and Anna’s close but scandalously false relationship caused me to fall into a terrible faint. I thought I might expire of the vapours, when a rough growl erupted from the sunken garden. It was Heathcliff, my love! He was not dead but had been coupled with Sally. ‘F**k off Brayden, you milksop’ he said, whilst getting right up in his face.

Deserved winners, Heathcliff and I have engaged a celebrity PR firm while we take in the marketing opportunities. Ours is a passion that will last longer than the limestone which underpins the Yorkshire Moors. Or about four to six months while we get our book out.