How to monetise being an absolute prick

SOME people still think being a total knobend is a bad thing, but there’s never been a better time to make a living from being a copper-bottomed throbber. Here’s how:

Everyone hates sensitive woke snowflakes, so to really up the ante you need to be the most oversensitive at all. Don’t be inhibited by shame. Really work the hypocrisy cycle of condemnation, playing the victim at the slightest pushback, exacting bitter revenge and then doing it all again next week.

There’s no point being subtle these days, not with our prime minister out there leading the charge. Besides, your target audience aren’t going to pay you for beating around the bush. Whether travellers, refugees or Kamala Harris, say what you mean and ride the consequent outrage to a Spectator column.

Complain about being cancelled across as many media outlets as possible

After you’ve written some piece of hateful, beyond-the-pale toss, don’t just go moaning to GB News about it. Go to the Telegraph, the Mail, the BBC, Sky News and threaten legal action for your blacklisting by the all-powerful Morning Star.

Being a utter wanker is a crowded field. Everyone’s jockeying to be the next Laurence Fox.  To really stand out you’ve got to be the most iconoclastic, innovative, disruptive wanker out there. So go for a national hero, perhaps a recent Olympian, and smear them hard, the charity-supporting bastard. Everyone will despise you and that means? Cash.

You can’t stop now, not when everyone’s waking up reaching for their phones eager to see how you’ve outraged them next. And in our fast-moving media age there’s always a new wrong side to be proudly on. This gravy train will never stop until you tweet something that crosses the line, get sued, get banned from Twitter and have to sell your house.

Five mildly embarrassing incidents that will torture you forever 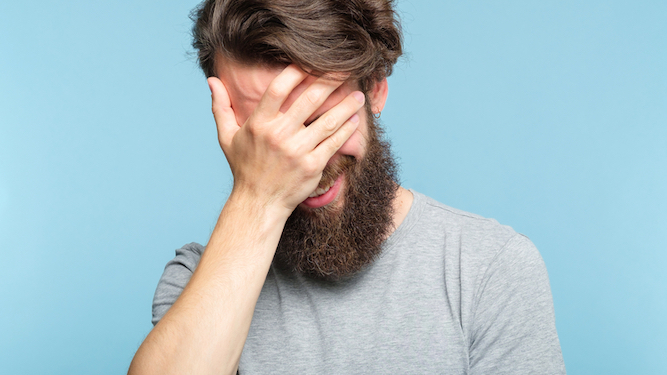 THE major screw-ups in your life can be healed with time and therapy, but these relatively minor embarrassments will haunt you until your dying day:

You were ten. You meant to say ‘Miss’ but tripped up and called your teacher ‘mum’ instead. A simple mistake, especially considering both words start with the same letter and you were a child, but if you had a time machine it would be the one thing you’d go back and fix. Even assassinating Hitler is a lower priority.

We all take the risk, and it was only a little one, but it turned out to be not only unignorably audible but memorably pungent. You still wake up thinking about it most hangovers. What made it worse was that nobody mentioned it, not to your face, but you know your uncontrollable flatulence is still a running gag in WhatsApp groups.

The door manufacturers tried to help by writing ‘pull’ on the handle in massive letters, yet cocksure you ignored it and persisted in giving a solid shove. Because you were trying to impress a hot date, so your inability to read a simple instruction cost you the love of your life and your self-respect.

Saying ‘you too’ inappropriately

It’s usually fine to say ‘you too’ at the end of a conversation when someone’s saying it was good to see you or whatever. But you blurted it out when your friend said ‘bless you’ after you sneezed. The confusion and disappointment on their face has been seared into your memory ever since. The friendship never recovered.

There are loads of ways to mess up a handshake and somehow you managed all of them at once. Your palms were sweaty, you opened limp then overcompensated by crushing the other guy’s fingers, and to top it off it lasted for a solid minute. If it wasn’t so mortifying it would be impressive.