How to read too much into the Diana statue ceremony: A Daily Mail guide

THERE’S nothing the country’s most popular hate rag enjoys more than a Diana story. Here’s how its soulless hacks will misinterpret the statue unveiling to fit its agenda.

What could their stoic, mournful expressions mean? Is it because they’re unveiling a memorial statue of their tragically departed mother, or is it because of the gaping rift that’s growing between them? We’ll blindly assume the latter because that will generate more clicks on our godawful site.

Is she smiling? We’ll read that as a mocking jibe at Charles. Is she solemn? We’ll twist that to mean she’s disapproving of Harry’s move to the States. We’ll only begrudgingly give the statue a pass if it’s sculpted to look like Diana is excitedly reading the Mail and giving it a big thumbs-up.

Judge the statue by its words and actions

The Mail’s assessment of character is f**ked at the best of times, but when applied to an inanimate object it completely breaks down. Rather than appreciating the statue as a legacy of the People’s Princess, Mail hacks will wonder why it’s acting so cold and aloof. Does this statue think it’s better than us or something?

Bring Meghan into it

It wouldn’t be a Mail story about the Royals without crowbarring a negative opinion about Meghan into it. Expect her conspicuous absence to be picked apart in forensic detail, even though she’s looking after her newborn so hopping on a long-haul flight might not be the best idea. Kate won’t be attending either but oddly that’s not a big deal to the Mail.

When all else fails, or if it’s just a slow news day, expect the Mail to flat out make shit up for attention. Headlines relating it to the Edward Colston statue and the ongoing culture war are probably already typed up and raring to go. And if they can somehow tie it into immigration we’ll never hear the end of it.

Bagpuss and other childhood treasures your kids think are shite 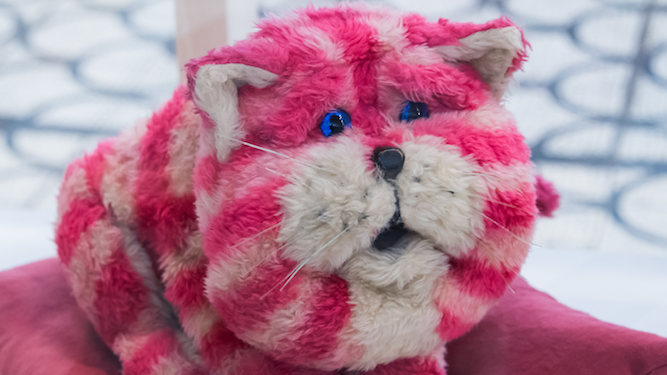 How did they make this, in a shed on a £5 budget? They should have called it Crap That Belongs in a Bin. And sorry, life is too short to sit through tedious four-minute interludes about some annoying mice going sailing with horrible folk music.

You’re serious? They fobbed you off with this? You poor, gullible, adventure-starved old people. When they had that gun fight at the end of the second episode I was shouting, ‘Just shoot them in the strings!’

It’s your generation that is responsible for this weird waste of space on Sainsbury’s shelves. What the hell’s a ‘beano’ anyway? Admit it, you had no idea. And Plug from The Bash Street Kids is just offensive body-shaming. Written by old men who were out of short trousers by the year 1929, I’ll bet.

The Magic Shiteabout, more like. I know you were all on drugs in the 1970s but I don’t care how high you were, no snail is half the size of a f**king dog.

Did none of you ask why the shopkeeper doesn’t just tell this time waster: ‘Sod off, I’m trying to run a business here. Every day you wander in and never make a single purchase. You’re in that bloody changing room for 20 minutes at a time, making me turn away paying customers, then you come out with some delusional rubbish about being a knight.’