How to turn into a bit of a twat, by Paul McCartney

PAUL McCartney has a new album out, so expect to see a lot more of him. Here the former Beatle explains how to get more annoying over the years.

Go on a downward musical spiral

Freed of the creative shackles of the Beatles, I was able to explore my interest in music that was shit. ‘Mull of Kintyre’ remains one of the greatest twee dirges of all time, and ‘Silly Love Songs’ is like eating a kilo of sugar. I only wish I’d done some awful disco, like my good friend Sir Cliff Richard.

Do strange things with your mouth

When photographed recently I’ve been putting on a strange, open-mouthed expression that suggests permanent surprise. Why? I guess it’s to show that I’m still a simple Scouse lad worth $1.2 billion at heart.

In ‘Ebony and Ivory’ I make the important point that piano keys are not racist. I also addressed the Northern Ireland conflict in ‘Give Ireland Back to the Irish’ in a way that even a toddler could understand. It’s so insightful you really do have to hear it to believe it.

Pretend you have no ego

In the thousands of interviews during my unparalleled music career, I’ve always been incredibly modest. Try saying things like: “Yeah, we were the best band ever. But now I think it’s time to save the planet.”

People are quick to knock this tune – actually it’s ‘We All Stand Together’ – and I’d be the first to admit it’s not quite as good as Revolver. But I’ve stooped lower. I did that weird theme song for Spies Like Us, and do you remember the reggae section in ‘Live and Let Die’? Even I cringe at that, and I’m Sir Paul McCartney.

Clocks go either back or forward this weekend or next weekend 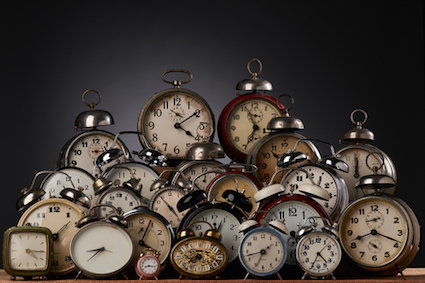 THE UK has been reminded that the clocks go forward or possibly back, this Saturday or maybe the Saturday after.

The biannual ritual, which corrects time for the benefit of the ever-grateful farming community, will give everyone an extra hour in bed, or possibly an hour less.

A spokesman for Greenwich Royal Observatory said: “Frankly we’re sketchy on the specifics.

“You think we’re a bunch of people who look like Kraftwerk, sitting in a clock-covered spaceship that is calibrated to the last nano-second.

“Actually it’s a rented room above Greenwich Wetherspoons and we drink heavily through boredom.

“We advise boozing a lot on Saturday evening to avoid the jarring sensation of time dislocation, ideally blacking out before 1am.

“Wait until you’re properly pissed before changing the clocks. Use the alternating method – one forward then one backward and don’t be afraid to do the same clock twice.

“Set the telly to ITV+1 so you’re not spun out when you wake up, and if any device updates its own time it is the devil’s tool and should be smashed with a hammer.

“But it’s all up to you really, do what you want.”