I Have Feet, Says Ricky Martin

POP star Ricky Martin has ended years of speculation by confirming that he has a foot at the end of each of his legs.

Sitting on a dayglo pink chair in the shape of a foot, he said: "I am blessed with feet. I am a proud, two-footed man.

"I want the world to know that my feet are a gift that give me life. And also help me to stand up, walk my chihuahua and operate machinery with my toes."

The Puerto Rican star said he had tried to conceal his befootedness for years after his advisers told him it could hurt his career.

He added: "I always wondered about that given that 99% of my fans are two-footed men who spend a lot of time and money trying to look exactly like me."

The singer found fame with the boy band Menudo but launched his solo career with the 1999 hit Good God, I'm So Obviously Gay.

Martin fan Tom Logan said: "When I saw him dancing around on stage I strongly suspected he had at least one foot and possibly as many as two.

"It did occur to me that he had two children, but then again Oscar Wilde also had children and feet."

Meanwhile showbiz pundits say Martin's announcement could pave the way for Hollywood superstar Tom Cruise to confirm that he has brown hair. 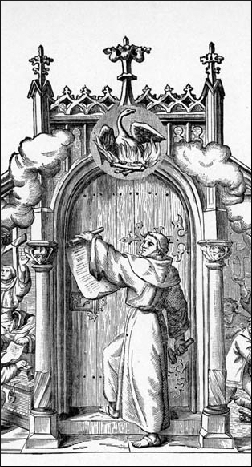 Across the Anglican, Presbyterian and Baptist communities clergymen with a warped desire for young boys insisted they were 'every bit as degenerate' as their Papist rivals.

The leading protestant denominations are now calling on the media to switch its attention to their dirty record to counter what they claim is millions of pounds worth of free publicity for the Roman Catholic Church.

One Welsh Baptist minister said: "I feel I'm being sidelined simply because I do not idolise the Virgin Mary and go on and on about johnny bags.

"It's typical pro-Catholic media bias. I wonder if people would pay more attention to my desperate acts of filth if there was some kind of Baptist Pope in Swansea."

He added: "A lot of these Roman Catholic chaps are frustrated by their celibacy and then channel it through their acts of vile depravity. But I've got a wife I can have sex with – I don't even need to do this. That's got to count for something."

But a Vatican spokesman rejected the protestant claims adding: "It's often said that there is no such thing as bad publicity. But there is, and it's this."

Meanwhile people calling for the Pope to resign have been reminded that he is not a football manager.

Theologian, Professor Nathan Muir, said: "The authority of the Roman Catholic Church is, to a very large extent, based on the concept of apostolic succession and infallibility of the Papacy. That means that if he's wrong, then it's wrong and if it's wrong then God's wrong. And I'm not paid enough to get involved in that kind of shit."