Hollis said: “It’s crazy because I am just a big nerd really. I like lying on rocks, eating insects and small mammals.

“I haven’t even shed all of my old skin from last year.”

Hollis revealed that she once chased a Land Rover because of strong territorial instincts.

When asked what she looks for in a mate, she said: “I like a male with brightly coloured spines running down his back, sharp claws but most of all a great sense of humour.” 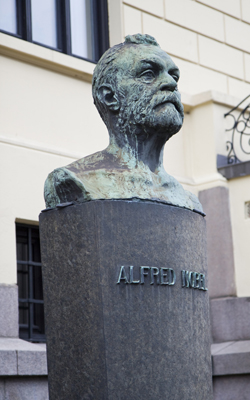 THE Nobel committee has selected the potential winners of this year’s YouTube comments prize.

Selection panel member Wayne Hayes said “There have been some really meaningful comments this year.

“I felt very passionately about including a commenter called J0nnyWr0ngun, whose existential comments like ‘Nearest Starbucks’ and ‘When do clocks go back’ are quite beautiful in their abstraction.

“However the other judges think that he probably just got the site confused with Google.”

Emma Bradford, who uses the pseudonym PinkKittinSlay3r, is shortlisted for a comment she made under a video of a pro-NHS demonstration in Lewisham.

Her posting ‘Shut all the hospitals, all nurses r sluts’ earned her over 10,000 upvotes, as well as catching the judges’ attention.

Emma said “At the time, I thought there were just lots of other people who were angry because their boyfriends had gone in for a check up and got off with the person taking their blood sample.

“I never expected this.”

However Stephen Malley, an early adopter of the YouTube comments system, said: “It’s not about seeking glory or attention, it’s the pursuit of truth.

“I once posted on a Casualty clip that I shagged the actress playing the coma patient behind Pizza Hut in Dundee back in 1993 or maybe 1994.

“I didn’t expect anything in return, I just felt the public had a right to know.”