JESUS had a goatee for a bit but nobody was into it, it has emerged.

Researchers at the Institute for Studies have unearthed scrolls describing Jesus’s ‘goatee phase’ when he decided to try a different, sleeker look.

Professor Henry Brubaker said: “When Jesus arrived for a sermon with his new goatee, the disciples fell about in hysterics.

“Peter asked him if he’d been getting grooming tips off the devil. Everyone laughed and looked at him like he was cleverer than Jesus.

“This was the first time that anyone had really taken the piss out of Christ. He became angry and threatened to do a bad miracle on them, like turning them into farming equipment.

“Jesus then visited Mary to ask her opinion. She said it was ‘original’ and ‘good’. It seems obvious that she was lying, even if you didn’t have Jesus’s supernatural God-powers.

“That’s when Jesus went alone into the desert to let it grow out, and Satan appeared to tempt him with beard trimmers, offering to invent death metal and make Jesus frontman of a really popular band.”

All man wants for Christmas is Brexit 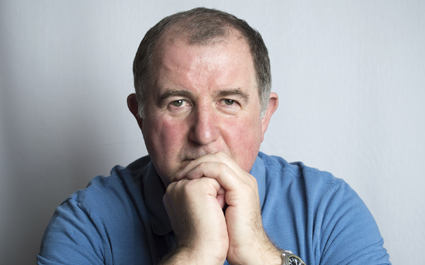 A MAN has explained to family and friends that he does not want a lot for Christmas, and leaving the EU is all he needs.

Roy Hobbs of Telford added that he did not care about presents underneath the Christmas tree, and he just wants Britain to stand alone, stronger than it had ever known.

Hobbs continued: “No, I’m not asking much this Christmas. Snow can go and fuck itself.

“Santa Claus won’t make me happy this Christmas, because he’s from Lapland and can sod off back there as far as I’m concerned.

“I’m not making a list. All I want is Britain to completely break with the European Union once and for all, taking back control over our borders and becoming a sovereign nation again.

“Make my wish come true. All I want is Brexit. It’s true.”

But civil servant Julian Cook said: “It’s not accurate for Mr Hobbs to call his Christmas wish ‘not much’. In fact at current estimates it will cost 185 billion pounds.”