Jesus's 'wife' was massive pain in the arse

ACCORDING to a fourth century papyrus Jesus had a wife that he absolutely despised.

A passage in the ancient text describes a dialogue involving Jesus where the founder of Christianity says ‘for God’s sake don’t get married – my wife is a nightmare’.

He then tells his disciples about her terrifying mood swings and rank hypocrisy and confirms that ‘loving thy neighbour does not count if you live next door to Mary Magdalene’.

According to the text, written in Egyptian Coptic, Jesus added: “Sometimes I wish I really was the Son of God. That would shut her fat face.

“‘Did you fix the shelf in the bathroom?’ No I didn’t because I’m the Son of God. ‘Can you pick up some milk on the way home?’ Sorry, too busy, Son of God. ‘Why do you hate my mother?’ Because she is a horrible old bitch.”

In a subsequent passage, which scholars say was probably removed from an early version of the Gospel of John, Jesus looks down from the cross and says ‘what’s she doing here?’.

He then launches into a tirade against his wife insisting: “I wouldn’t be up here if it wasn’t for you, you sour-faced harridan.

“I wanted to be a carpenter but you just had to have a new donkey.”

Jesus adds: “‘Peter’s wife’s got a new donkey’, you kept saying. ‘Make some speeches, get yourself noticed, try and get a book deal’.

iPhone 5 not as good as first phone ever made 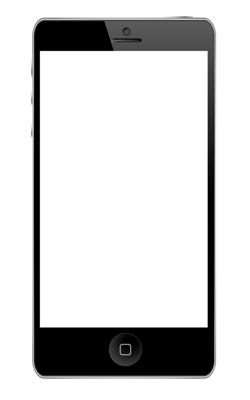 THE facility to talk to people who are not in the room remains the most innovative feature of any phone ever, it has been confirmed.

As praise is heaped upon the iPhone 5’s many intricate functions, Professor Henry Brubaker of the Institute for Studies claimed Apple’s efforts don’t amount to shit compared to Alexander Graham Bell’s.

He said: “Calling people up is really the most incredible thing. It’s like doing a seance or something, but it actually works.

“It’s a feature that’s been copied in pretty much every phone since – with limited success in many smartphones – but never beaten.

“How the hell did anyone come up with that? Voices, coming out of a box.

“You have to be some kind of genius. Like an actual genius, not a modern ‘genius’ who is actually just a clever person.

“On that basis I would say the iPhone 5 is inferior to the first phone ever made.”

The the first ‘phone game’ arrived in 1901, and consisted of lifting and replacing the receiver as many times as possible in a 10 minute period.