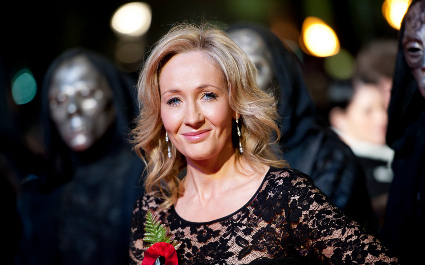 Rowling recorded two albums of gritty, introspective dubstep under the name Burial while also writing the Harry Potter books. She was nominated for a Mercury Music Award but did not turn up.

She added: “I only wrote Harry Potter because I was trying to get enough money together for studio equipment and a better laptop. The studio I’ve got now is insanely pimped out. It’s in my house so I can smoke in it and everything.”

Raver Nikki Hollis said: “I was certain I saw JK Rowling DJing at a Dalston warehouse party in 2011.

“She had her hooded top pulled right up but you could see it was her, the police turned up to bust the party but she gave them £8 million in cash, just out of her pocket, to go away.

54-year-old Harry Potter fan Stephen Malley said: “As a Rowling completist, the diversity of her career is getting exhausting. I already had to wade through The Casual Vacancy, now I’ve got to stay up all night at raves, taking drugs and ruining my hearing.”

The Lone Ranger ‘not actually alone’ 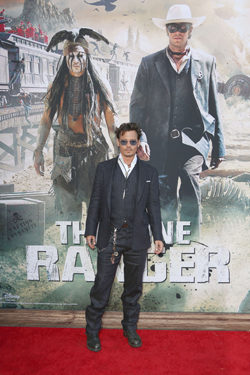 OBSERVANT cinema goers have noticed that the Lone Ranger constantly has another person with him. If Johnny turned around he would see the problem

US audience members demanded their money back after discovering that the central character spends his time with a companion.

39-year-old Roy Hobbs said: “I love films about social alienation, so I thought The Lone Ranger would be right up my street.

“But, what the fuck, he’s hanging out with Johnny Depp more or less the whole time. They’re chattering away like a pair of old fish wives.

“In fact if you count the horses there’s four of them.

“If it was called ‘The Ranger With A Close-Knit Social Group’ or ‘The Team Player Ranger’ I would be fine with that.”

The Lone Ranger first appeared on screens in the 1950s, when people would watch literally anything about cowboys.

“When it comes out in the UK next month, try thinking of them not as cowboys but as land pirates.”