AN orangutan photographed by Kate Middleton is seeking damages, it has emerged.

The Duchess of Cambridge snapped the ape in Borneo while it was enjoying a private moment, then released the image to the world’s media.

Twelve-year-old female orangutan Emma Bradford said: “It’s not a great photograph but you can clearly see the outline of my naked body.

“Someone with the right image enhancement software could definitely bring out my nipples or vagina.”

She added: “I thought it had just been a normal day, eating fruit and doing some light grooming up a tree.

“When someone told me I was all over the papers, I was absolutely devastated.

“It’s not as if I’ve married into one of the world’s most high-profile families, or even that I’m distantly related to Clyde from the film Every Which Way But Loose. I’m a naturally shy primate living a mostly vegetarian lifestyle in a remote place.

“I don’t mind being naked among my colony but had I known there were humans around I’d have put a smock on, or at least some pants.

“I  can’t say anything more right now because I’ve just been to see my lawyer and frenziedly pounded my fists on his desk.” 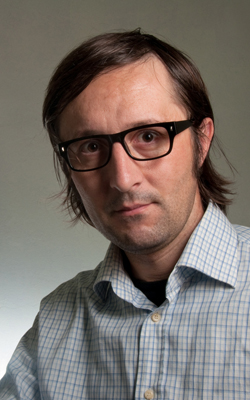 A MAN who lives on his own is expecting a record libel payout after being called paedo by local teenagers every day for the past 16 years.

Council estate loner Roy Hobbs, 45, has been the victim of the daily taunts after a gang of teenagers decided he was a paedophile due to not being married, cutting his own hair and riding a womans bicycle.

Hobbs said: The little buggers have been calling me a paedo for years, just because I keep myself to myself and obsessively hoard things Ive found on the local tip.

But it looks like Im having the last laugh. Lord thingys getting six figures just for Philip Schofield writing his name on a bit of card.

Thats a lot of broken biscuits from Lidl.

Hobbs is already planning a spending spree with his libel winnings, including a trip to Leeds to visit his brother and the purchase of an oil heater for his shed, where he keeps his extensive collection of old newspapers.

Local teenager Wayne Hayes said: My defence is that Hobbs keeps kids in his basement so he can bum them whenever he feels like it. Theyve been there so long theyve mutated into these weird creatures without eyes.

And thats true because my mate Ryans uncle told him and he works at the council.