KATE Middleton has set up her own secret wedding list at John Lewis, it emerged last night.

Prince William’s fiancee has told friends it was his idea to ask for charitable donations instead of presents and that it’s just a lot of ‘hippy bollocks’.

A close friend said: “There was a row. Kate was shouting ‘this is exactly the sort of new age shit your fucking dad would come up with’ before throwing a priceless vase at him and screaming, ‘I want that fucking duvet cover, you baldy prick’.

“Eventually she was sedated by one of the Queen’s vets but as soon as she woke up she was straight on the phone to John Lewis.

“I’m getting her the vibrating egg.”

Another friend said: “Kate’s just a normal girl who wants loads and loads of stuff.

“She’s from a middle class family who had to work for what they have, so getting stuff and then finding subtle ways to make sure people know how much it cost is incredibly important to her.

“Whereas William is from a family where nothing has any value because no-one has ever earned anything or done anything.

“‘Charity work’ doesn’t count and neither does being in the RAF for 20 minutes just because you’re the ‘R’ and you fancy a go on the big helicopters.

“And if nothing has any value then he’s hardly going to get excited about going round John Lewis with a zapper and having a snippy little argument about some fucking teapot.

“I give the whole thing six months before she runs off with Gary Barlow.” 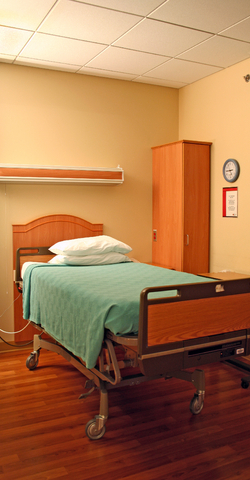 DOCTORS have rejected an opportunity to make more money, it has emerged.

The British Medical Association has rejected the government’s NHS reforms after independent analysis found that it could make GPs even richer.

But experts stressed the move is clearly nothing more than a bargaining tactic designed to make them even more money in the long run.

Bill McKay, professor of doctors’ salaries at Reading University, said: “There is a suggestion that the new system would lead to doctors getting more cash in exchange for rationing care, but of course doctors take an oath not to be seen to be doing that.

“The BMA needs to sit down with the department of health and devise how care can be withheld in a way that does not link it to doctors’ bonus payments, such as just saying that it’s not.

“Or you could tell patients they are going to receive care but then secretly change your mind at the last minute and blame it on ‘the system’ thus satisfying doctors’ fondness for both money and gratuitous cruelty.

“Or the bonus payments could be linked to thank you notes from patients. I’m sure there’s some fancy software that could churn out several hundred a day.”

He added: “One thing is for certain – doctors are going to get even more money.

“You see, there are in fact four things in life you can’t avoid – taxes, constant NHS reform, inflation-busting pay rises for doctors and death – usually thanks to a misdiagnosis by some fucking overpaid GP.”