THE Duchess of Cambridge gets through tedious public engagements with a cocktail of illegal drugs, it has emerged.

She admitted that the only way to appear interested at primary school openings was by being in an altered state of consciousness.

The Duchess said: “I’ll usually do a small amount of liquid LSD before leaving the house. That gives me the trippy ‘background buzz’ I like and makes poseys look amazing.

“Normally I ‘top up’ with several grammes of coke so I literally can’t stop smiling, even if someone’s explaining a new automated signaling system in mind-numbing detail.

“If it’s more of a ‘meet the public’ event I’ll munch some Es because you get this massive love for complete strangers telling you about their boring jobs.

“And finally a big skunk chonger in the back of the armoured car makes even the most gruesome buffet lunch seem appetising.” 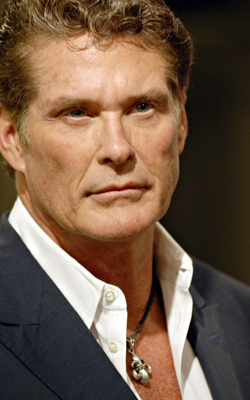 Everyone remembers my hit song I’ve Been Looking for Freedom which I sang in Berlin on the night I took the wall down.

That song challenged my artistic process like nothing else before or since. So let me take you once again on that shadowy flight into the dangerous world of a man who does not exist.

There are literally thousands of things anyone can be looking for at any one time in Germany, so how do you know which one will rock the house? That was the question Kit and I asked ourselves in 1989.

I don’t think it is particularly hooky, Michael.

You’re not the boss of me.

My radar system indicates there are eight coconut Rittersports available at a newsstand 2.5 kilometers from our current location. I’m sure I don’t need to remind you this is your favourite flavour.

Don’t start with your crap, Kit. I want out the car.

I’m afraid I can’t do that, Michael.

I’m not in the mood for this, asshole. Open the pod bay doors.

Next thing I knew I was standing on top of the wall waving a pick axe at my legions of German fans. The freedom angle went down really well because nothing is more confining than walls. They restrict natural daylight in north facing rooms, make your kitchen smaller and get in the way when you’re trying to go to the toilet.

On the other hand, without walls where are you gonna hang dream catchers? You can’t hang your dreams in an empty space. And that’s a great hook… Kit, you got a pen?