THE UK has apparently gone wild for a perfectly ordinary, boring dress worn by the Duchess of Cambridge that cost almost two fucking grand.

The garment, which you would flip past on the rack at a charity shop with a shudder, did not even look that good on Kate and, just to be clear, cost the best part of two thousand quid.

Donna Sheridan of Guildford said: “£1,750 to look like an Edwardian maid on her Sunday trip to church? Too right I’m going wild, but more in a sort of ‘Oh fuck right off’ way.

“From the prim little collar to the polka-dotted sweep of excruciating dullness, this dress is truly remarkable and what’s remarkable about it is the fucking cost.

“It’s the price of a decent used car just to dress as an evil nanny doing her best to look innocent at the beginning of a horror film before she starts murdering people.”

Fashion expert Helen Archer said: “Sadly, this dress is already sold out across the country to frosty women who want it absolutely clear that they will suffer sex for conception only.

“And they also have to have two grand spare. Two fucking grand.” 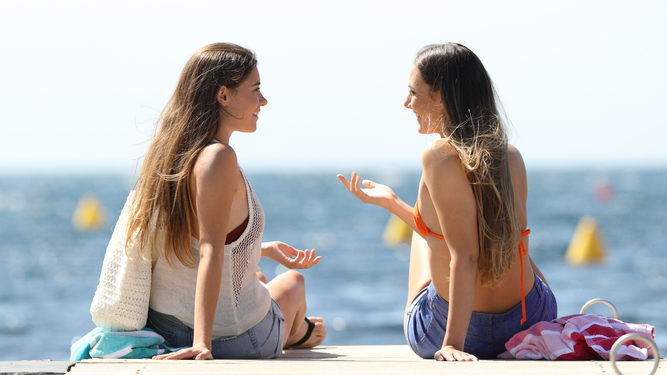 A WOMAN has actually told her friends that climate change is fine because she has already got a tan in May.

During a sunbathing session, Emma Bradford and other tanning twats agreed that the destruction of the planet is worth it to get a healthy glow slightly earlier in the year.

Bradford, 25, said: “I’m getting a tan, showing off my tits, drinking an Aperol Spritz and it’s not even June. Tell me that’s a bad thing.

“Heatwaves that won’t end, skin cancer, flooding becoming the norm by 2070 – it’s all government lies to stop us taking long lunch breaks in the park.

“Yes, a lot of people are opposed to global warming, but that’s probably because they’re not beach body ready.”

However climate scientist Professor Carolyn Ryan said: “Of course you’re going to like global warming if your main priority in life is getting a thigh gap.

“Let’s see how much they love it when they’re battling it out for scraps of food in a giant dust bowl armed only with a pair of flip flops and a copy of Hello! magazine.

“Although to be fair I too would like to see a horrific natural apocalypse with a giant flaming methane ball turning these idiots into human Frazzles.”