The teenager's guide to why exams are bullshit

HAVE you done very little revision and are worried you’ll fail your GCSEs? Don’t worry – teenager Tom Booker is on hand to explain why exams are bullshit.

Exams only prove you can memorise boring shit like a parrot. There are other types of intelligence, like being good at Call of Duty, so once the entire educational establishment realises this it won’t matter that I’ve only got a few Ds and Es in easy subjects.

In the future all the jobs will be done by AIs, so what’s the point of qualifications? You can tell the older generation is feeling the pressure because when I explained this to my dad he shouted “FOR FUCK’S SAKE JUST DO SOME FUCKING REVISION!” and opened another bottle of wine.

Personally I can deal with any level of stress, but my friend Chloe goes to pieces in exams. However she is really good at making bracelets out of string. It’s a disgrace that this isn’t taken into account in GCSE Maths.

Steve Jobs, Einstein, Metallica, Shakespeare, Nigel Farage, Stephen Hawking, The Prodigy, Barack Obama – not one of them have a single qualification. If you don’t believe me I can send you a link to the chatroom where I read it. So much for so-called ‘intelligence’!

You can just wing it anyway

Naturally smart people like me don’t need to revise, which is just as well because I’ve done fuck all towards my next exam in exactly three hours and my mum will tear me a new arsehole if I fail Sociology. 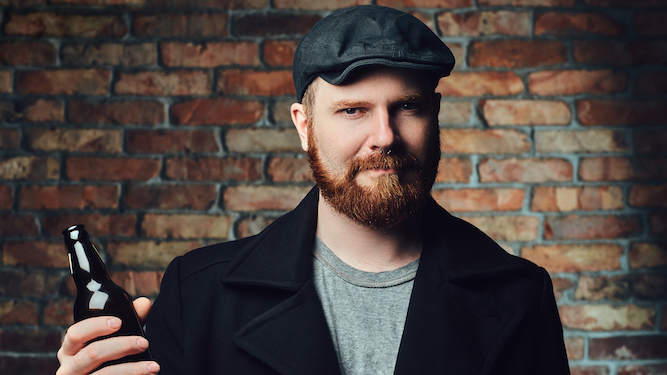 A MAN who never shuts up about being a Northerner avoids meeting anyone else from the region, colleagues have noticed.

Steve Malley, from Bolton but currently based in Swindon, regularly extols Northerners’ toughness, no-nonsense attitude and community spirit, but has never gone on a night out when recent recruit Tom Logan from Leeds is there.

Co-worker Nikki Hollis said: “Steve’s always telling us how Northerners will thump you if you mess them around, but are also incredibly friendly, but also have a cruel sense of humour.

“So you’d think he’d be keen to get to know Tom, since they’re both from the same authentic, grimy-but-honest pie-muching utopia. But he doesn’t seem keen at all.

“I’ve no idea why. Maybe they’re from different tribes. I’m assuming they still have tribes in the North, each with their own king sitting on a mud throne, but then I’m from Cheltenham.”

Malley said: “I’m not avoiding Tom. Being Northerners who can take their ale we’ll probably have an epic pub session and drink all the soft southerners under the table. Then have a pie.”

Logan said: “I must have a chat with Steve. I’m sure he’s not one of those twats who pretends the North is like 1960s Coronation Street and bangs on about pies.”