DO YOU, like Theresa May bringing her Brexit deal back for a fourth time, not know how to stop flogging a dead horse? Here’s how to spot when it’s time to quit:

Whether it’s resuscitating a pet, starting a hashtag for your own birthday or trying to make a deal with Jeremy Corbyn, if nothing you do is making any difference accept it and stop pumping uselessly away at its expired carcass.

If every time you approach a task, you end up wanting to punch yourself in the face because it doesn’t make sense and is probably impossible, give up on what you started. Like many former Brexit voters would like to but are not allowed to.

You’d rather be doing literally anything else

Finding yourself finally giving the garage that deep clean it’s needed since 1985? Putting your DVDs in alphabetical order, again in the garage? Holding a Commons vote on puppy farms? If these are your displacement activities, you need to make a call on the task you’re avoiding.

If the queue to tell you that what you are doing is a futile waste of everyone’s time is millions of people long, sack it off. Dump all the paperwork in Theresa May’s office and go to the seaside.

You think someone else would do a better job

You’re fooling yourself. They’ll do just as badly, and if it’s Boris much, much worse, but at least it wouldn’t be your problem any more. 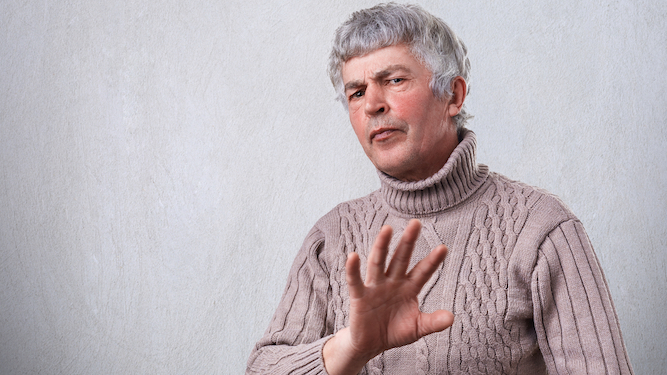 THE easiest way of dealing with things that you do not understand, like climate change or macroeconomics, is simply not to believe they are real.

Studies have found that everything from evolution to mental illness to global warming can be successfully dealt with, in the short-term, by simply stating they do not exist.

“I’ve got a million of ‘em mate. Global warming? With that Beast from the East we got the other year? No such thing.

“I don’t believe in the moon landings either, because come on, it’s bollocks. And no way is the sun 93 million miles away. Or you’d never feel it was hot.

“And the great thing is that once things aren’t real you don’t have to worry about them. You can dismiss them forever and leave that mental space for something else, like chemtrails.”

Daughter Sam Turner said: “Yeah, the problem is Dad doesn’t really understand much. Yesterday he told me wifi was ‘all in my head’.”