THE Duchess of Cambridge is planning a daring escape from the Royal Family involving a faked shark attack and a mini submarine.

The Duchess insisted her latest scuba diving certificate was for ‘leisure activities’, but sources say she is just weeks away from starting a new life.

A Palace insider said: “The pretext will be a holiday in Mustique, during which she will go diving and use a load of fake blood to stage a phoney shark attack.

“While a desperate rescue attempt is underway she will be getting into a mini-submarine that she hid there earlier this year.

“She then takes the submarine to a mega yacht moored several miles away, removes her scuba suit, goes to the bathroom and dyes her hair blonde.

“She then emerges, takes the controls of the yacht and begins her new life of international jewel theft and secret kung fu tournaments.”

The source added: “A heartbroken Prince William will fly his helicopter day and night and the children will end up being raised by Gary Barlow.” 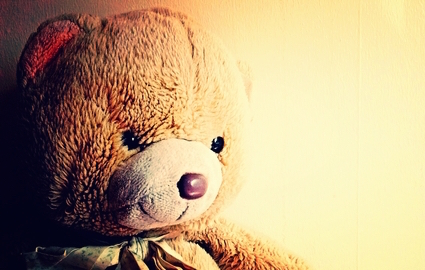 TWITTER and Facebook users are hunting for a man who failed to turn a lost toy into a viral internet phenomenon.

The teddy bear was left on a Carlisle-bound train but has yet to be photographed in exotic locations around the world or appear in a stop-motion film.

“Every morning he’ll rush downstairs to see if it’s sent him a postcard from Paris as part of one man’s voyage of self-discovery and bid to recapture the magic of childhood, but there’ll be nothing.

“Instead it’s probably sat on a shelf next to a load of umbrellas and a false leg. The child is probably going to get it back really soon. What a waste.”

Psychiatrists have speculated on the man’s motive for not using the abandoned toy as some metaphor for his own unfulfilled life and have concluded that it is probably because he is not an arsehole.