KING Arthur has returned in Britain’s hour of need with a plan mainly involving swords, he has announced.

The legendary king intends to save his people from disaster, although it is unclear how running around with a weapon and armour will prevent the economy going into recession.

Arthur said: “I have retrieved mighty Excalibur, proving I am the one true king of England and giving me the ability to stab, slash and chop things.

“I’ve summoned the 12 Knights of the Round Table, who also have swords, and Merlin the wizard, who can turn into a stag. As you can see, the plan is really shaping up.

“We’ve come to Downing Street, but I’m not entirely sure how to do battle with leaving an economic trading bloc. Also Lancelot has been tasered for waving his sword around.

“I will definitely rescue my countrymen from peril once I work out what to do, but if they weren’t such idiots this would never have happened.”

Yesterday the knights attempted to storm the European Parliament, resulting in four arrests and a Belgian policeman being turned into a squirrel. 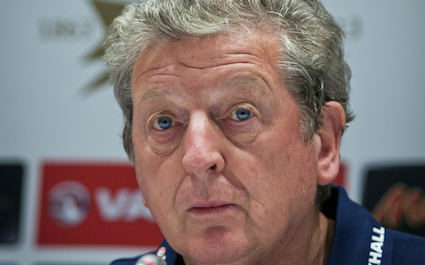 ROY Hodgson has been honoured by the Chartered Institute of Dominatrixes for his work in the field of humiliation.

The former England manager and face of Co-operative Funeral Planning was given accreditation for his “imaginative, cruel and degrading” punishment of England fans over the last four years.

Spokeswoman Helen Archer said: “A good domme takes the client on a journey through pain and even pleasure to the final crushing reality that they were no better than a lowly worm all along.

“Roy could have piled on the pain straight away at Euro 2012 but instead offered jaded England fans just enough positivity to spark a flame of optimism.

“His solid qualifying records kindled fires of real hope, until the crushing loss against Iceland plunged fans back into self-loathing. Exquisite.”

Hodgson said: “It is a great honour, obviously I’m a career masochist. Why else would I have taken the job?”