SHE’S been born and she’s got a name, but what else do we know about the eighth in line to the throne? Here’s every spurious factoid pulled out of our arse to keep you happy:

Born the traditional way out of a woman’s fanny in a hospital, three-day-old Lilibet is the younger sister of Archie Mountbatten-Windsor because Archie is a couple of years older than her and that’s how it works.

Weighing in at a breathtakingly average 7lbs and 11oz, the cutting of her umbilical cord was just the first of many Royal ribbon-cuttings the newest member of the family will attend. Though Royal experts have already described her wave as ‘unformed and gauche’.

The Mountbatten part of her name comes from Charles Dance, who played Lord Mountbatten superbly in The Crown. Parents Harry and Meghan are big fans of his performance in the series, and to a lesser extent Game of Thrones.

After leaving the hospital which will dine out on this for decades, Lilibet is said to be ‘settling in at home.’ This refers to the age-old practice of taking your baby to your place of residence and dealing with the subsequent crying, squirming, and lack of sleep.

No photos of the baby have yet been released and when they are they’ll be arty. If you want a sneak preview, mentally picture a generic looking baby that’s already wealthier than you.

So far the baby’s favourite meal is milk, and her favourite activity is screeching. In this she is thought to follow in the footsteps of previous Royal babies including her grandfather Charles, her uncle William and Henry VIII.

Still desperate for more hastily thrown together column inches about an innocent baby with 72 hours on the clock? Pick up the Mail’s 64-page collectable supplement this weekend.

How to celebrate Pride as a rapacious British company 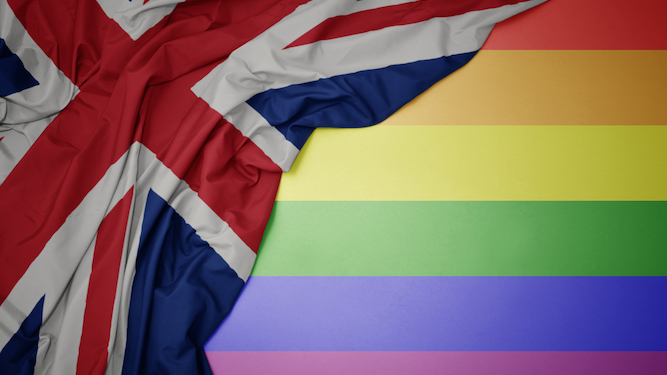 ARE you a British business keen to let LGBT+ customers and staff know that they’re special for one month only? Here are the best ways to be an ally:

Being British always comes first, but follow that with a symbol of your deep commitment to the queer community by getting your in-house graphic designer, Josh who knows a bit of Photoshop, to rainbow it. Then put it on your product, website, or just the canteen window.

Get Josh to do another rainbow Photoshop job for the socials, and make sure the lazy bugger doesn’t use last year’s NHS one. Then share pictures, videos and quotes from important activists, like the hosts of Queer Eye and Santana Lopez from Glee.

Medium: Give LGBT+ customers a discount

LGBT+ oppression deserves more than lip service. If someone comes in and looks gay, or sounds it on the phone, give them a five per cent discount on purchases of £35 or more. It strengthens your bonds with the gay, lesbian, bi and trans community, who’ll return to your restaurant, off-license or commercial lumberyard.

Medium: Give all gay employees an afternoon off

Is Pride on a Wednesday afternoon? Do you need to shop for it? You don’t know, you’re straight, but give the gays four hours paid regardless. The leave is only available to employees who can prove they are gay. Cases thought to be fraudulent will be referred to HR.

Advanced: Liquidate the business and become an LGBT+ campaign HQ