Enchanted woodland on midsummer's eve, and other wedding themes for simpering twats

GETTING married? Consumed with making your wedding stand out from all the others? These wedding themes will show everyone the real arsehole you:

Covering a country house in toadstools and flower crowns is a great way to pretend you’re at a boutique festival, not committing to life with some rando you met when off your faces. There’ll be magic in the air when Nan trips on fairy lights and has to go to A&E.

Recall the roaring years of excess before inevitable financial collapse in a theme directly relevant to your bank account when the wedding’s over. Your guests will love hiring period-accurate clothing to drink bathtub gin and watch you dance the Charleston in a Best Western function room.

Celebrate our nation’s agriculture by making your guests sit on upturned buckets and being accompanied down the aisle by a traditional British alpaca. Tetanus is a small price to pay for the romantic decommissioned rusty farm equipment look. Just make sure the miserable landowner you rented the field from doesn’t get in the pictures.

If it’s really important for everyone to know that you read books and get laid, combine the two at your wedding. Name tables after great authors, pepper the venue with internet-sourced quotes and prove your intellectual credentials by including excerpts from non-rhyming obscure poetry in your self-penned vows.

Finally, nothing screams ‘unique romance’ like a wedding themed after a billion dollar corporation that aggressively purchases intellectual property. Forget that you’re both senior accountants in your mid-30s and blub at your wife-to-be that she’s ‘the beauty to your beast’ or the ‘little mermaid to your singing crab’. That’s not embarrassing at all. 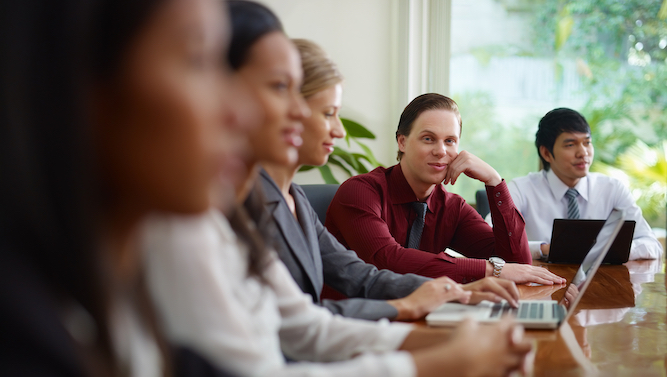 EVER thought that your boss doesn’t seem to know very much? That could be you. Use these vacuous, empty lines and win promotion:

Works in any context and can never be proven wrong, unless while answering a marriage proposal. Guaranteed to get people nodding slowly while thinking, ‘Wow, did Tom used to be a consultant?’

‘Will this solution be scaleable?’

Stops everyone in their tracks to nod, heads tilted wisely to one side, none of them really sure what it means but nobody wanting to be the first to say it. You sit back smugly.

Silos are for missiles or grain, but everyone’s keen on communication in theory while ignoring emails in practice. So about as original as reminding people to wear underpants, yet people will still nod sagely and think, ‘this person is CEO material.’

‘We need to streamline a process journey’

No you f**king don’t. You just do the thing that needs doing and let us all get on with our lives. But is anyone really going to stand up in a meeting and say that they’re against streamlining a process journey? People will think they’re not strategic. When you meet the boss later, get them fired.

‘How can we make this interactive sticky?’

The Omega-level bullshit line for when you’re hungover in a meeting and haven’t prepared one iota. Then say ‘let’s lay this open, there are no bad ideas’ and sit back in silence while gesturing expansively at every other poor sod in the meeting. They’ll promote you just to break the silence.