Man at dinner party may be leader of the Liberal Democrats

A SMARTLY-DRESSED man at a posh dinner party may well be Tim Farron, fellow guests have realised.

Suspicions began to grow that the man, who is in his mid-40s and of average height and weight, was the leader of a minority political party between the main and pudding courses.

Julian Cook of Devizes said: “He’s a Tim, but that doesn’t mean anything by itself. There are lots of Tims.

“But when I asked what he did for a living, he replied ‘Aside from the obvious?’ and told me actually it’s a very demanding position despite what happened last year, which left me no nearer.

“He does know Nick Clegg. Still, I suppose so do lots of people.”

Susan Traherne, who hosted the party, admitted she has known Tim since university but has never really been sure of his occupation.

She said: “He was planning to go into politics but I never heard anything else about it so assumed he’d given up on the idea. But the orange tie, the general hopelessness, I should’ve figured it out.

“I’ve a dreadful feeling I was slagging off the Lib Dems in the kitchen earlier in the evening. I hope he didn’t hear.”

Tim Farron said: “Oh for God’s sake. This is like the ninth time I’ve told them.”

All Brexit arguments settled by 0.5 per cent third-quarter growth 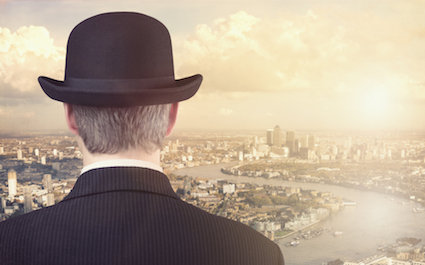 ALL debates about the negative impact of Brexit have been settled for good by Britain’s 0.5 per cent third-quarter growth.

Joanna Kramer of Bristol said: “It’s not easy to admit you’re wrong but I don’t see I have any choice.

“Britain is thriving with only a 0.2 per cent decline on expected growth, national pride has exploded into a proud display of healthy scepticism towards supposed child refugees, and I was a fool.

“How could I have been so blind not to see that glory would be upon us this soon, if only we had the courage to take back control?

Brexit voter Stephen Malley said: “What am I going to do for conversation now?”