A MAN claims to have worked with, played football against, babysat and lived next-door to each and every Team GB Olympics medalist.

Sales administrator Hayes claims to know the winners of all of Britain’s 41 medals, even getting the fencing team to help install his broadband.

Colleague Susan Traherne said: “Apparently he met Jess Ennis while they were both volunteering at a charity shop in Yeovil where Andy Murray turned up with a big bag of second-hand trainers.

“With each passing day there comes another story linking him with an athlete, and they are getting increasingly tenuous.

“It’s got to the point where I dread British athletes getting medals because I know the next day I’ll be hearing about how Wayne taught them to swim, dated their mother or helped them install loft insulation.”

However, Hayes seems unperturbed by the doubters and has instead stated loudly how much he hopes Alistair Brownlee secures a gold medal in the triathlon.

Wayne Hayes said: “Me and Al go way back. He’s my cousin’s husband’s sister’s friend and I showed him how to do poached eggs.

“Have I told you about the time I served Usain Bolt when I worked in Dixons?

Friend always there with shit advice 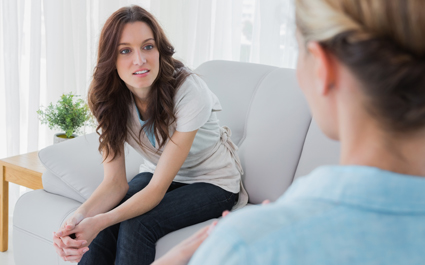 A WOMAN is always available to listen to her friends’ problems and give them spectacularly shit advice.

Office worker Nikki Hollis believes she is playing a vital social role despite basing her ‘help’ on soap operas, pop psychology articles or just saying whatever enters her head.

Hollis said: “When Emma thought her boyfriend was cheating on her and I told her to throw all his stuff in the street. It turned out he wasn’t, but it showed Emma was a strong woman who won’t be messed around.

“Sadly they split up because he thought she was insane, but who wants to go out with someone who doesn’t respect you?

“My friend Pete wasn’t sure what degree to do, so I said film studies, obviously, because look at how much directors like Michael Bay get. He’s working in Next now, but when he gets his first blockbuster he’ll be loaded compared to if he’d done that science degree at Cambridge.”

Friend Tom Logan said: “Nikki helped me a lot when I was having girlfriend problems. Having a ‘cooling off’ period was really sensible, so it’s just bad luck my girlfriend met someone else during it.