A CAT has not seen his penis for three weeks, it has emerged.

Long-haired black and white cat Tom Logan’s tiny, strange reproductive organ appeared briefly at the end of last month, before retreating back into his thick coat.

Despite extensive grooming, Logan has since been unable to locate his penis.

Logan said: “I know it’s in there somewhere, or at least I pray it is.

“I’ve spent days licking the exact spot where it last appeared and no joy. Maybe a witch has put a curse on me or something?

“This is a nightmare. I just want to know I am still male.”

Chaffinch Wayne Hayes said: “This is one time when I can empathise with a cat.

“Having a penis that is invisible most of the time really weighs on your mind.” 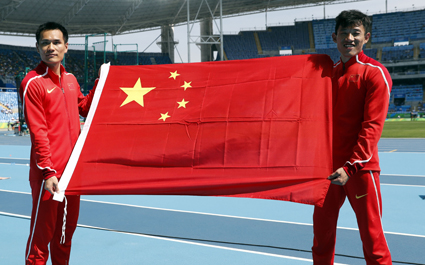 As Britain continues to beat China at sport, the communist state responded with some typically laid-back banter about remembering one’s friends if there is ever a massive war over the planet’s increasingly scarce resources.

A China spokesman said: “Well done Team GB. For us it’s all about taking part rather than winning, so we’re cool.

“We are not by our nature a competitive people. In the glorious motherland we are more about fun and chilling out, rather than the relentless obsessive practise of athletics from infancy.

“There’s no way this might affect things when we’re drawing up a list of allies in a possible World War III, which incidentally we would probably win.

“Or maybe it will because we are humiliated and angry! Ha ha ha good joke, not really.

“Anyway I understand you guys are very popular in mainland Europe so they would definitely protect you. Good luck in the Women’s Boxing semi-finals against us today!”

Prime minster Theresa May said: “Great work Team GB! Maybe now though it’s time to throw a couple. Just one or two of the boring ones like rifle shooting.”