A RETIRED couple spent three days on a coach because that is their twisted idea of fun.

75-year-old Donna Sheridan described the trip around the Lake District in glowing terms despite it mostly consisting of sitting on a coach.

Sheridan said: “We met another couple called Ron and Pauline. He’s deaf in one ear and she kept talking about her irritable bowel syndrome. We’re friends now.

“We went to a hat museum. You wouldn’t believe how much effort goes into making a hat!”

Her husband Peter said: “We had a very good ploughman’s at a pub. Nearly as good as in the pub near our house that you can walk to.

“That night we stayed in a hotel and they had a Michael Buble tribute singer. We had a few drinks so the next day we were on a coach for 18 hours with hangovers.

“I still enjoyed the scenery though.”

His daughter Donna said: “I would genuinely rather have an operation on my eyeballs than go on a coach for three days.

“All I can conclude is that when people of a certain age get on a coach everything turns into a magical mystery tour. Maybe they do actually put LSD in the air conditioning.” 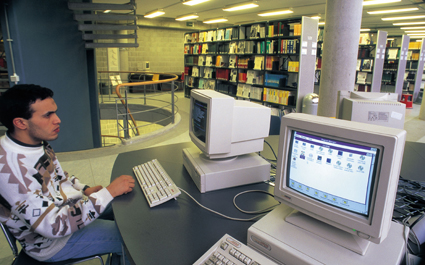 THE computers in your local library are so old they were used by ancient Sumerian tribes some 4000 years ago.

Research has confirmed that the NEC MultiSync E201ws PCs in local libraries have also been unearthed at sites in Mesopotamia and at the Euphrates River.

Archaeologist Emma Bradford said, “There is no mistaking them. They are the exact same PCs they had in ancient Mesopotamia.

“You can tell by the fact they only have Internet Explorer on them and they crash when you try to open a Word document.”

Archaeological evidence confirms that the elite Sumerian ‘priest class’ had the PCs for a bit before going back to abacuses because they were less frustrating.

Bradford said: “The Sumerians quickly discovered you can’t do fuck all on them. Apparently the worst time was when they had all their human sacrifice spreadsheets on floppy disks but they got corrupted because of someone putting a magnet near them.”