UNINTERESTING men have hailed Mark Wahlberg as their god.

Wahlberg, who has slightly less screen presence than Roly from Grange Hill, earned $68 million last year from a series of shit films, mostly about massive robots.

Run-of-the-mill bloke Tom Logan, 35, said: “I have always felt criminally under-represented in film and television because I am about as interesting as a microwave instruction manual.

“But the humdrum have been marginalised for too long. Mark Wahlberg’s success is a beacon of hope for those of us who have been lightly beaten with the averageness stick.

“I will go forth into the world now with a new sense of confidence. If Wahlberg can earn a shitload of money by mumbling at a camera, then I can do it to by being an IT solutions support specialist.” 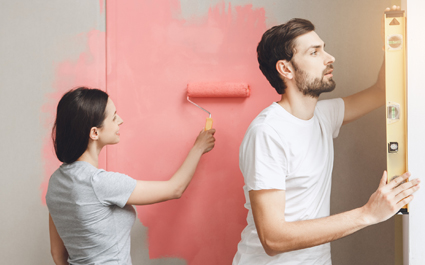 A BORING couple are constantly buggering about making pointless alterations to their house.

Stephen Malley and Nikki Hollis, who are nice but have no personalities, recently bought a perfectly functional house and have been buggering about with useless building and decorating work ever since.

Malley said: “Of course the first thing to do when you buy a house is to rip out everything, especially the floor. The existing floor is never floor-y enough.

“Then you have to knock through some walls, and put in some sort of toilet in the loft. It’s never-ending really.”

Hollis said: “We come home from work and it’s straight on with the overalls, then we crack on buggering about with the house, making lots of noise and generally pissing off everyone in the street.

“We could just watch telly but where would be the fun in that? Much better to needlessly hack away at our overpriced property.

Neighbour Roy Hobbs said: “Sometimes they have a cement mixer on at 3am. It was better when there were junkies living there, at least they were quiet.”