Meghan Markle or Amal Clooney: who is the most evil?

FOR unspecified reasons, the Duchess of Sussex and human rights lawyer Amal Clooney are the most despised women in Britain. But which has the truest claim to being pure evil?

Both Meghan and Amal are guilty of the vicious crime of trapping a happy bachelor, able to have his pick of the world’s women, in the grim prison of marriage. Neither can ever be forgiven.

Both women are older than they should be. Amal is a mere 17 years younger than her husband when he could have married an actual 17-year-old, while Meghan has the audacity to actually be older than Prince Harry. The gold-digging hussy.

It’s neck-and-neck again in this round as both women believe, despite marrying men vastly more famous than themselves, they have the right to a private life. Clearly they are both horrible people whose marriages are on the brink of collapse.

Meghan wrongly believes herself to be famous just because she starred in six series of a popular television show watched by millions. Amal, however, actively fights for the human rights of people who do not deserve them, so is worse than Cherie Blair.

Not even an issue. Don’t know why it’s even been brought up. The fact that lots of pale, lovely English roses are still single is irrelevant.

Amal put up a good fight, but nobody in the world can hold a black-flamed candle to Meghan’s diabolical monstrousness. 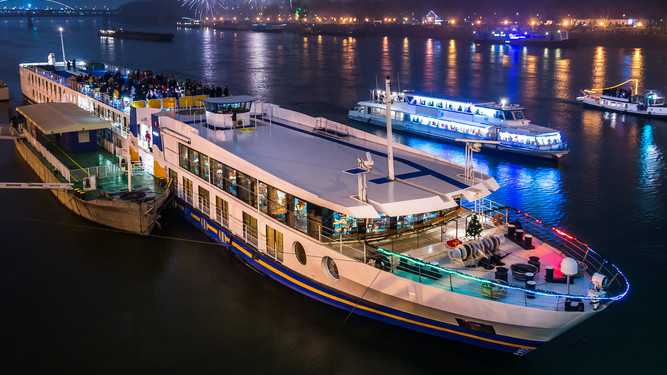 A RIVER cruiser on the Thames offers guests a chance to be stuck offshore with up to 1500 braying w*nkers for a minimum of six hours.

One of an increasing number of ‘events mega-boats’, the Ocean Party Queen has no means of escape except jumping to your likely death in a fast-flowing river full of shopping trolleys and dead things.

Captain Norman Steele said: “Much like being press-ganged into the navy in the 18th century, it’s only once we cast off that you really realise there is no way back to dry land.

“As the night wears on and hundreds of tw*ts s wave glow sticks around as the DJ plays ‘I Gotta Feeling’ for the third time, panic will set in and you’ll rush to the deck for some air.

“There you’ll be confronted by lightweights spewing Prosecco over the side, and you’ll realise there’s another three f*cking hours of this. It could drive a man mad, I tells ya.

“The curious thing is that some customers get a taste for it and book a proper ocean cruise for weeks of living hell surrounded by b*llends.”

Reveller Donna Sheridan said: “It was like being in a really sh*t nightclub. But you can leave those without getting mangled by the propellers.”