Meghan's obsession with Piers Morgan only getting worse

THE Duchess of Sussex’s overriding obsession with Piers Morgan has only got worse since he was cleared by Ofcom, friends have confirmed.

Worried friends say that Meghan’s every thought from when she first rises in the morning until last thing at night is about Piers, what a liar he is, how he deserves to be taken down a peg or two and that no matter what she will have her revenge.

An insider said: “It’s not healthy to be so obsessed with another person, especially when the obsession is so incredibly negative.

“It’s already cost her so much that she worked so hard for – her job, her reputation, her self-respect – and still she can’t stop. It’s like a disease.

“There’s no aspect of his life – his newspaper columns, his marriage, his incredibly shit cash-in book Wake Up – that she can resist zeroing in on and ripping gleefully apart. At this point it’s more about her deep unhappiness and self-loathing. He’s just a symbol.

“What’s worse is that he doesn’t seem to care about her at all, and never mentions her, and is just out there living his best life while she rages impotently at his mere existence. It makes her look so small and pathetic.”

Meghan said: “This is nothing to do with him not returning my texts after we met in that pub once. I definitely didn’t marry Harry just to make him jealous.” 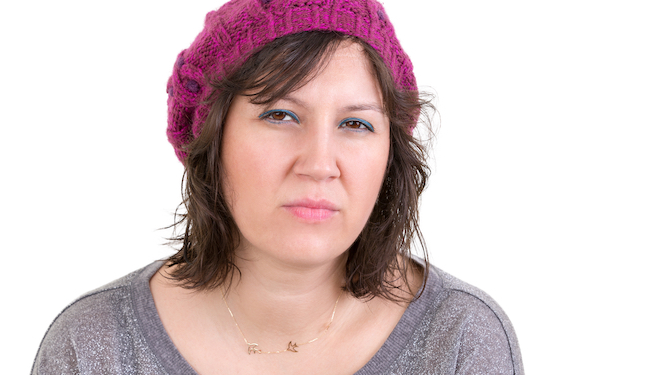 A WOMAN broken-hearted at the death of Geronimo the alpaca backs the reintroduction of the death penalty, she has confirmed.

Emma Bradford believes that Defra should be tried as a criminal organisation after their unjustifiable state slaughter of a poor, defenceless, fluffy animal, and also that anyone committing three or more burglaries should be hanged by the neck until dead.

She continued: “Geronimo has gone to that pasture in the sky, but he’ll always live in my heart. I don’t know how those monsters did what they did.

“And, while we’re on the subject of monsters, we need to bring back capital punishment for crimes like murder, genocide, the really bad sex offences, drug dealing and car vandalism. It’s the civilised thing to do.

“People say that wrongly convicted people get killed, which is true, but it still acts as a deterrent doesn’t it? So it’s a price worth paying.

“Unlike in the Geronimo situation where yes he’d failed two tests for bovine TB but they’re only 99.66 per cent accurate, so there’s every chance he was fine and they had no business taking the risk.”

She added: “Geronimo was the best of us. If I got my hands on those Defra bastards I’d strangle them in cold blood and not a jury in the land would convict.”