MILEY Cyrus’s tongue will soon be three times longer than her body, experts have warned.

The child-star-turned-pop-tart’s tongue began to extend because of overuse as she believes sticking it out is sexy, but it is now growing by more than six inches per day.

A source close to the star said: “She’ll soon have to start wrapping it around her head like a turban.

“I’ve tried telling her that’s not very sexy but she just uses the tongue to strangle me while lifting me three feet off the ground.

“She then throws me into the corner of the room while the tongue grabs a live badger from the tank and drops it into her gaping maw.”

Celebrity zoologist Martin Bishop said: “There’s no reason to be surprised by this hideous transformation. Her father Billy Ray caught and ate dozens of redneck women using his prehensile ponytail.”

Most people not the class they think they are 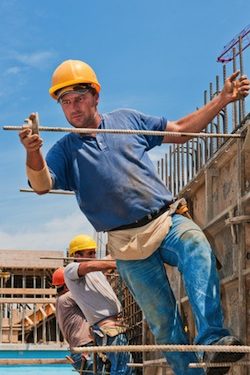 MOST Britons are not part of the social class they have always claimed they are, research has revealed. The Institute for Studies found that most people claimed to be a member of a different class as a result of snobbery, inverse-snobbery, or not knowing what they were talking about.

Professor Henry Brubaker said: Most people are utterly confused about class, like the trustafarian called Hugo who thought he was working class because he makes his own bongos and sells them on Camden market.

Similarly, we encountered numerous well-off working-class people who were deeply thick and ignorant, but thought they were middle class because they lived next door to a doctor.

We also found a striking number of middle-class professionals who claimed to be working class because they went to work, which is a bit like saying youre a pirate because you once kept your pedalo out for too long on a boating lake.

Equally confused were criminally-inclined members of the underclass, all of whom claimed to be working class, despite the fact that selling weed and signing on is not a job.

Professor Brubaker said the most challenging part of his research was talking to upper-class people, because many of them believe that everyone owns a horse.

Office worker Tom Logan said: Im basically middle class, but my parents were working class, so I exaggerate my working classness to sound authentic and hard.

Its pathetic, but it does mean I sometimes get to have sex with impressionable posh women who dont realise Lady Chatterleys Lover is a load of bollocks.