POPE Francis has allowed atheists to use their brains independently of God.

Francis became the first Pope since the founding of the Catholic Church to grant non-believers some limited control over their own thoughts.

In a letter to an Italian newspaper, the Pontiff said that atheists could now decide for themselves what was right and wrong using something called a ‘conscience’.

But he added: “Don’t go crazy with it, because we all know what you’re like.”

Tom Logan, an atheist from Stevenage, said: “Thanks Pope, that’s really nice of you.

“I have been struggling with whether or not to use my conscience in everyday life.

“I do tend to use it most days, but I don’t really trust it because it didn’t come from heaven.”

Logan added:  “I promise I won’t go on a massive killing spree.”

Helen Archer, a non-believer since 1997, said: “It’s good to know that thinking independently is something to which I can ‘opt-in’.

“I plan to use it mostly at the weekends and for watching television.”

Theologian Professor Julian Cook, added: “The last Pope wouldn’t have let you think for yourselves in a million years. 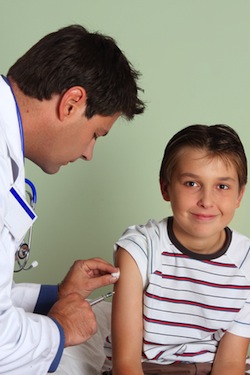 MIDDLE class children have been hit by an epidemic of invisible and undetectable illnesses.

Doctors have been attacked for failing to diagnose the illnesses, which can cause children to have behavioural problems and do badly at school without it being their parents’ fault.

The conditions, which can strike middle class children from birth to the age of 18, have an unknown effect on the child’s immune system and can cause long-term damage to pleasant lifestyles.

“But nobody could find anything wrong with her until I went private.”

“I couldnt understand why he wasnt excelling at school, but as a doctor I realised he was hiding how gifted he was so as not to upset his classmates.

“And he was only bullying them because he was provoked by their lack of intelligence.”

Campaigning parents are now calling on the NHS to recognise serious illnesses like Fishers Syndrome, silent reflux and stealth flu.

Dr Fisher added: “These conditions can be treated by sending the child to an isolated educational environment far from the family home, or if you don’t have the money for that, I prescribe ketamine.”