WITH the passing of US singer Meat Loaf, a mourning public may never discover the meaning behind his cryptic lyrics.

Since its release in 1993, Meat Loaf’s 12-minute-long rock ballad ‘I’d Do Anything for Love (But I Won’t Do That)’ has confused listeners due to its ambiguous romantic caveat.

Fan Tom Logan said: “Now that he’s gone it’ll be one of life’s great unsolved mysteries, like what really happened to the Mary Celeste or the enduring popularity of John Bishop.

“I’ve listened to it intently dozens of times like I’m trying to solve the Da Vinci Code, but once the vocals kick in around the two minute mark I crank up the volume and forget about any investigative integrity.

“Is it ‘talk to your father-in-law about lawn mowers and immigration’? I just grit my teeth and remember I need a relationship for sex.”

Meat Loaf devotee Mary Fisher said: “Even though I’ve printed out the lyrics and pored over them I’m none the wiser. I used to think ‘that’ referred to moving on or settling down, but it gets even more vague and confusing towards the end.

How stewed should your tea be? Find out your professional Northerner rating 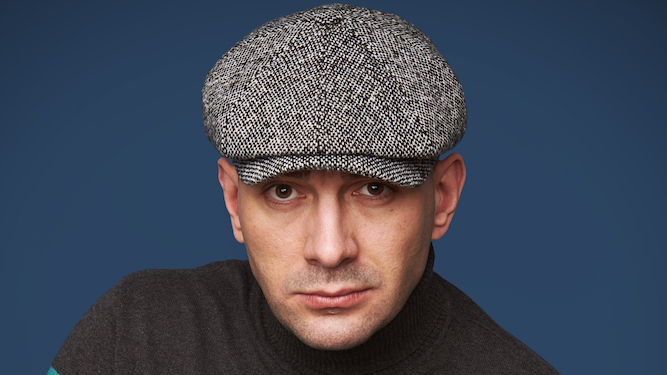 FANCY being a professional Northerner to get attention and respect? There’s a strict Northern code of conduct you must adhere to. See if you can pass our test.

A biscuit falls on the floor. What rule do you apply before picking it up?

B) The ‘throw it straight in the food recycling’ rule.

C) The 10 hour rule, especially if it’s a fancy biscuit like a Bourbon. They’re reet posh, so don’t let them go to waste, even if they’ve been under the settee for a year and the dog’s had a lick.

You’ve put your teabag in the mug. How long do you let it stew?

A) Two or three minutes, to stop the water becoming lukewarm.

B) No teabag, just hot water and a suspicion of lemon juice, thank you.

C) The word’s not ‘stew’ it’s ‘mash’, and you leave it in for 15 minutes minimum. Your cuppa should look like creosote and taste like it too.

You’re in a posh restaurant – which is any restaurant to a Northerner – and you’ve ordered steak. Do you ask for ketchup?

A) No, it’s a bit overpowering with steak.

B) No, I think it would be a dreadful faux pas and an insult to the chef.

C) Yes, bloody loudly so they can hear you back in the kitchen. You should then put so much on the poor steak needs rescuing by the RNLI.

You’ve ordered a pint somewhere in the South. The head is rubbish. What do you do?

A) Just drink it. Tastes mostly the same.

B) I prefer white wine, actually,

C) Melodramatically inform the barmaid ‘There’d be a riot up North if you served that!’ although frankly most people have got better things to do.

You’re wondering what to have for tea. This means what, exactly?

A) Well, that could mean teatime, so perhaps a scone or a light snack to see you through till dinner.

B) Lapsang Souchong or maybe camomile if you’re watching your caffeine intake.

C) Tea is a large, stodgy meal taken at 5.30, consisting of meat and chips with unappealing lumps of three-inch-thick bread. Anything vegetarian should be seen as an accompaniment to proper food, eg. ‘bangers’, fish fingers or baked beans.

How did you score?

Mostly As: You’re worryingly Southern. Practise being more Northern – for example, complain that normal things like avocados are too exotic for your working class palate.

Mostly Bs: You can fook off. Note the correct Northern spelling.

Mostly Cs: Well done lad, or possibly lass. You’re a real professional Northerner. Andy Capp is your role model and you probably own a whippet, although actual Northerners prefer something more appropriate than a racing dog, like a labrador.