Now give us the baby, say Welsh

THE Welsh have demanded the royal baby be given to them so the initiation can begin.

The dark and mountainous principality, which believes it is ruled by the baby’s grandfather, has dispatched a team of tiny warrior monks to collect the child.

The monks will take the child to the Hall of Dragons on the tip of the Gower Peninsula. There he will be placed in the arms The Great Gryffd, who will school him in the mystic ways.

The process, known as ‘The Rite of Caradog’, will take seven years after which the child will be returned to her parents, filled with ancient wisdom and resentment.

Owain Glynwyryn, of the Council of Elders, said: “We will teach her how to fight, not with her fists but with her mind. And also with a bottle.

“We will tell her tales of heroes and victories until we have washed every drop of Englishness from his true Welsh heart.

“And if that doesn’t work we’ll just hold her upside down.”

After the monks collect the baby they will ride at full gallop for the Welsh border where the infant’s loyal subjects will line the road, holding burning torches to light the way to the Hall of Dragons.

Glynwyryn added: “Release her unto us, for it is her destiny.”

A Royal spokesman said: “Absolutely not.”

Woman not joking about star signs 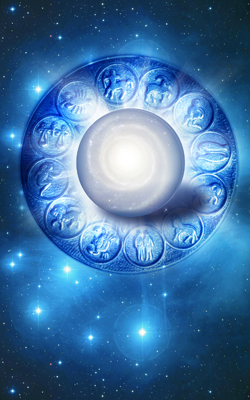 OFFICE worker Donna Sheridan was not joking when she discussed the royal babys star sign, according to her colleagues.

However it soon emerged that she actually believed the childs personality would be determined by astral bodies.

Co-worker Nikki Hollis said: Donna said that if the baby was a Leo it would be feisty and outgoing, but if it was born under Cancer it would be sensitive, which was interesting because I didnt know she was mad.

She was specific about it having a different personality if it was born after 4.54pm with its moon being ‘in Capricorn’. It was like Nostradamus had suddenly walked into the office.

As it turns out the baby was born under Cancer, which apparently means that a group of stars 290 light years from Earth have somehow made it family-oriented and thoughtful.

Sheridan defended her predictions about the babys future personality, saying she had researched the topic thoroughly using OK! magazine and the internet.

Sheridan said: Cancerians are gentle, kind-hearted, romantic and sensitive. Admittedly 50 Cent is a Cancerian, but hes probably the exception that proves the rule.

These are all qualities that will help the baby in its royal duties, although Cancerians can be moody, which could be awkward when it grows up and has to pretend its interested in stuff like Maori dancing.

Princess Dianas star sign was Cancer too, which is amazing. Theres no way that could just be a one-in-12 chance.