OJ Simpson to run for president

OJ SIMPSON, released from prison yesterday, has announced his intention to run for President of the United States.

The former footballer, actor and star of the ratings-busting 90s hit OJ Simpson murder case believes that, post-Trump, there are no barriers to his becoming the most powerful man in the world.

He said: “Once, it was impossible to imagine either a black man or a convicted criminal in the White House. But no more.

“I believe that becoming president would be the first step towards my rehabilitation in the eyes of the American public, who used to love OJ.

“I would campaign to Put The Juice Back Into America, or Make The Glove Fit Again, and I believe that Americans who remembered me fondly from the Naked Gun films would vote for me regardless of my unfitness for office.

“My key campaign promise would be to cover the continental US with a giant retractable roof, like football stadiums have, to protect us against North Korean missiles, global warming, sudden showers and ISIS.”

US pollster Joe Turner said: “This presidential run is insane. He will definitely win.” 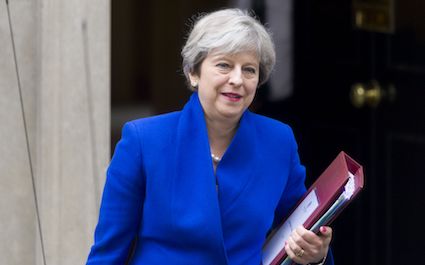 BREXIT may mean free movement, unrestrained immigration, closer ties with the EU and many other things which are not actually Brexit, Theresa May has declared.

Following a week of negotiation with the EU, the prime minister has confirmed that the definition of Brexit is ‘on the table’.

She continued: “Brexit did, previously, mean Brexit, but words change according to usage.

“Because Brexit is a made-up word, which 18 months ago none of us knew, it really doesn’t have any fixed meaning and might end up being forgotten completely.

“Remember it was only five years ago that everyone was saying YOLO, and where is that now?

“Ultimately, Brexit means whatever you want it to mean. And I am determined to make it a success.”

Brexit voter Margaret Gerving said: “I never really knew what Brexit meant anyway. I just wanted it, passionately, with every fibre of my being.”