Philip to say 'Mick' no more than eight times

PRINCE Philip will be allowed into Ireland today on condition he calls them all ‘Micks’ no more than eight times during the four day visit.

The historic trip was only agreed after intense negotiations between London and Dublin, with the Foreign Office stressing that he was going to say it and there was nothing that anyone could do about it.

Prince Philip will say ‘Mick’ for the first time when he meets President Mary Macalese at her official residence in Phoenix Park. He is expected to say that he ‘did not know Mick houses had roofs’.

He will then use an average of two Micks a day culminating with a visit to the Tyndall Institute in Cork on Friday when he will say ‘Christ almighty, not more fucking Micks’.

It will be the first time Prince Philip has met an Irish person since 1984 when he told Eurovision song contest winner, Dana: “You’re not so bad. The worst is the half-Irish, half-Chinese. I met one once. He was called Declan Wu and he stole my horse.”

The visit is the first by a British sovereign in a century and the Queen is understood to be very excited about meeting hundreds of people who, according the British Constitution, are not good enough to be married to her.

The Royal Household has acknowledged the sensitivity of the visit and made key changes to protocol, including replacing the Queen’s Official Royal Question of ‘What do you do?’ with ‘Are you going to kill me?’.

During the trip the Queen will view the Book of Kells and say it is ‘very nice’ as well as visiting the Irish National Stud in Kildare where she will attempt to drug key rivals in advance of next month’s Epsom Derby.

And sources say the Queen is also keen to try out her Irish accent and has been rehearsing phrases including ‘a very top of the good morning to you’ and ‘one is being sure, one is being sure’.

Meanwhile, in addition to his eight Micks, Prince Philip has also been given an allowance of three ‘bogtrotters’, two ‘fenians’ and a completely unacceptable joke about Bobby Sands. 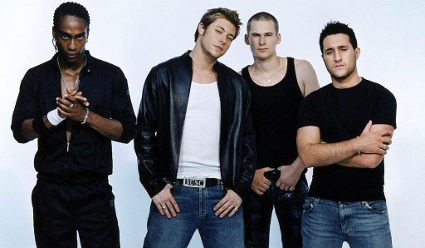 Boy band disembowells itself with ceremonial daggers after dishonouring the people of England.